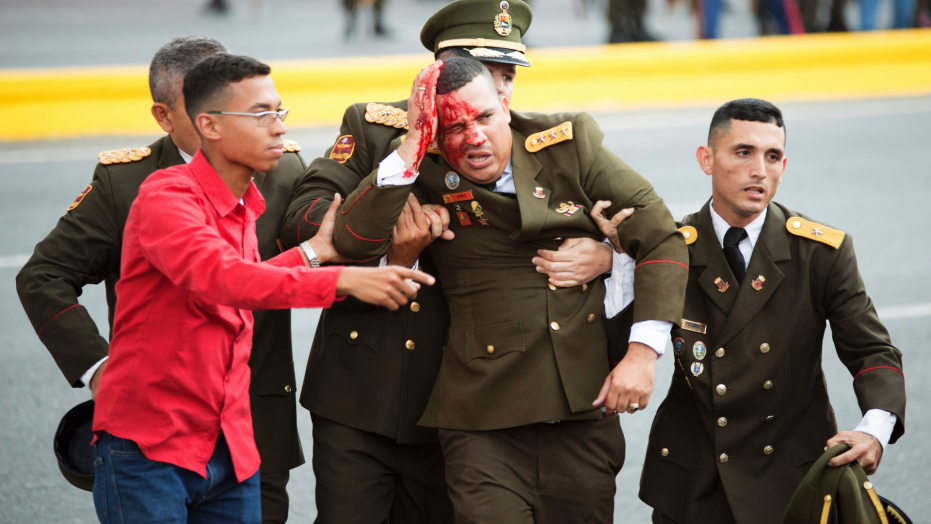 The drone attack on Venezuelan President Maduro highlights the real threats posed by drones and the need to implement counter-uas technology. Drones such as the ones used in the Venezuelan attack are capable of carrying a heavy payload. Reports indicate the DJI M600, which has a 13-lb. payload capacity, was used in the attack.

You don’t even need a drone with that heavy of payload capacity to conduct criminal acts, even smaller drones pose a significant threat. That malicious use of drones goes well beyond explosives; it includes drug smuggling, illegal surveillance, malware injection, corporate espionage, and more.

Over the next five years, the Federal Aviation Administration (FAA) forecasts that the number of commercial drones in the U.S. is expected to increase four-fold from the 110,000 currently being used. The FAA predicts the number of hobby drones to more than double in size over the next five years, from the present 1.1 million units to over 2.4 million units. Law enforcement agencies have been very concerned about the fast expansion of commercial and hobby drone operations.

Regulators have called for Unmanned Traffic Management and Remote Identification of all operating drones. Initially proposed rules for remote drone identification were expected to be presented later this year but according to FAA officials, they have been delayed until the spring of 2019.

FAA and FCC regulations and federal laws prohibit law enforcement and agencies from using counter-drone technologies that can disrupt or disable threatening drones, such as jammers. Legislation pending in Congress aims to provide agencies with new authorities to mitigate nefarious drones, which security experts say are sure to become a more frequent threat in the future.

Currently, only the military has the authorization to shoot down or use jammers against drones. The National Defense Authorization Act granted the Department of Defense (DoD) with authority to identify, track, and use "reasonable force" to destroy drones near any DoD "covered facility or asset."

In June, the U.S. Senate Committee on Homeland Security and Governmental Affairs hearing met to discuss the threat of small unmanned aircraft systems (sUAS) and how to counter malicious drones. Their goal was to move forward S. 2836, the Preventing Emerging Threats Act of 2018 - a bill that would give the U.S. DHS and DOJ the authority to take action against unmanned aircraft systems (UAS) that pose an “unacceptable security risk” to public safety.

During the meeting, Sen. Johnson stated, “The federal government does not have the legal authorities it needs to protect the American public from these kinds of threats. The threats posed by malicious drones are too great to ignore." That was the sentiment of all in attendance, as representatives from DHS, FBI, and the FAA gave testimonies in support of the bill.

The recent attack using armed drones highlights the need for authorities to be able to use counter-technologies against drones that threaten national security. Senior Homeland Security officials said the Venezuela attack reinforces why the department needs new powers to combat threatening drones.

The incident in Venezuela with drones armed with explosives is just the most recent occurrence of drones used in an attack. Unfortunately, this isn’t the first or the last time drones will be used this way. The United States is lucky that something of this magnitude hasn’t happened here, but if something like this did happen on U.S. soil, would we be prepared?

If criminals or terrorists wanted to disrupt American society, they could easily use an explosive-armed drone and attack our critical infrastructures, ports, or even sporting events.

DHS has been calling for the increased security to U.S. infrastructures and ports of entry. The FBI and DHS have warned about attacks on the nation’s critical infrastructures. A drone attack to shut down the power grid, refineries or used to cripple food and medical supplies at a port would have devastating consequences, that would affect many aspects of daily life.

Soft targets such stadiums and other spectator venues are particularly vulnerable to drone attacks. Imagine seeing a drone explode over the Mercedes-Benz Stadium at the 2019 Super Bowl or over any stadium at any sporting event, even if the attack did little physical damage it would incite high levels of public fear resulting in a significant loss in the public’s confidence of safety at events. Just as conventional security measures such as metal detectors help thwart attendees from bringing in weapons, drone detection systems can help mitigate aerial drone threats.

Due to federal laws and FCC/FAA regulations, there are few legal ways to counter rogue drones. One of the most efficient legal ways to mitigate drone threats it to integrate drone detection into existing security measures. Drone detection systems can give users real-time data to locate, track, and monitor drones flying in the airspace. Many of the systems can determine the drone pilot's location and identity as well. Drone threats cannot be eliminated entirely from the environment, but with a layered approach to security, it can be managed and drastically reduced.