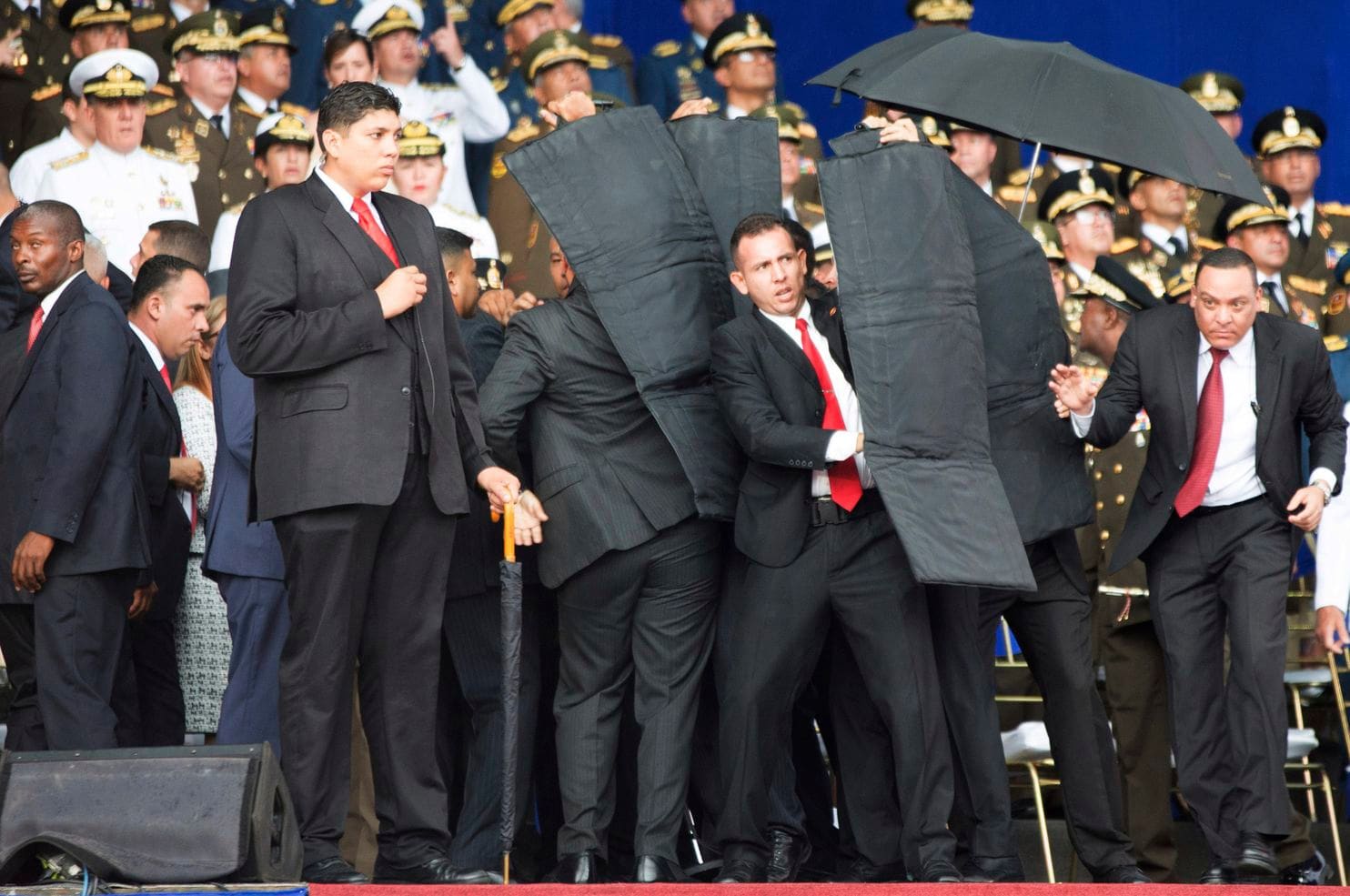 - Seven soldiers injured in the attack

- Drones are a looming threat


On Saturday, President Nicolás Maduro was giving a speech at a military event in Caracas when explosive-armed drones approached and detonated near the stage. The incident was captured on video, as the military address was being broadcast live on television.

In the video, President Maduro is abruptly cut off during his speech to his National Guard by an explosion. Venezuelan First lady Cilia Flores can be seen looking up and grasping for the gentlemen’s arm next to her. Almost all the personnel behind President Maduro seem to be looking upward and appear startled. The live broadcast also shows the military breaking formation and running away from the stage. “From the footage of the stage and the military scattering, it looks like they saw something,” said David Smilde, a Venezuela expert with the Washington Office on Latin America.

There have been disputing reports on what exactly happened. Firefighters at the scene said a gas tank exploded inside a nearby apartment. According to The Washington Post, eyewitnesses have dismissed those claims. “It was not a gas leak. We have direct gas,” said Catherine Pita, 24, a neighbor. “It was a drone that hit the building and caused the fire. One girl was hit by flying glass on the head and was taken to the hospital.”

The video of the drone exploding mid-air is jarring and frankly terrifying. Technology that a child can operate can easily become a powerful weapon used to incite fear, terror, and harm. The United States government has warned of the looming threat of small drones attacks, as they have frequently seen drones being used by terrorist organizations in the Middle East.

The drone attack on the Venezuelan President won't be the last time a drone is used in a nefarious way. Drones are being used by criminals to disrupt F.B.I. operations, smuggle contraband to prisoners, to surveil U.S.-Mexico borders for weak spots, and now an alleged attempt to assassinate a country's president. We in the U.S. should ask ourselves, "Are we prepared for this?" and "what can we do to counter drone threats?"