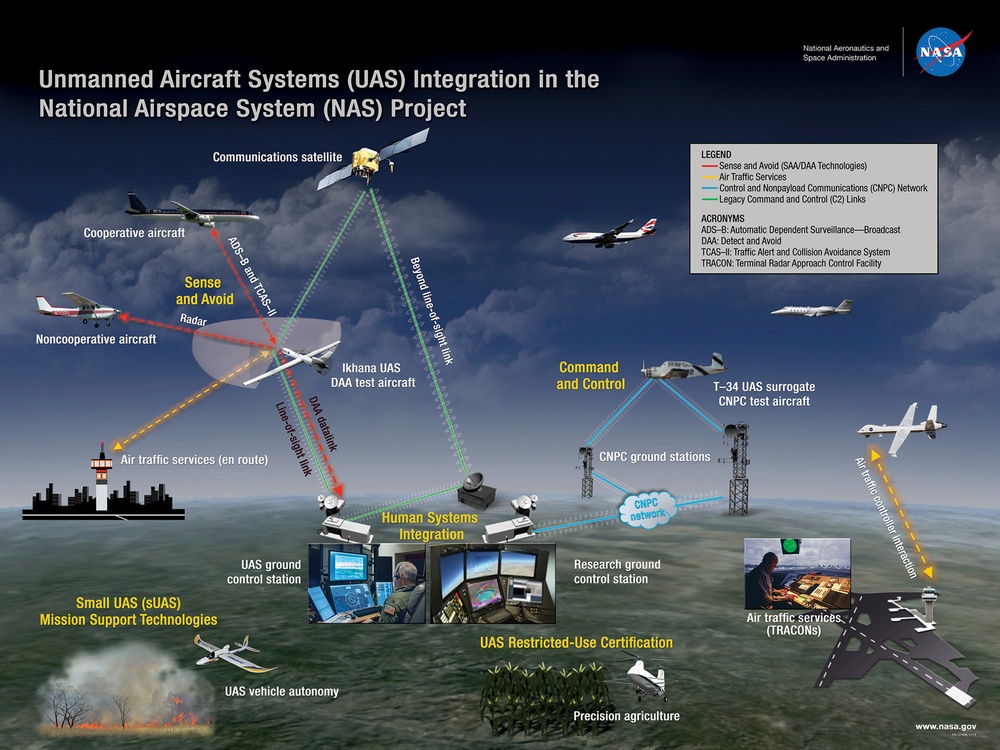 Thales has reached a formal agreement with NASA for a Space Act Agreement to facilitate coordination with NASA and support the agency's unmanned aircraft systems (UAS) traffic management (UTM) activity.

What is a UTM?

As defined by the Federal Aviation Administration (FAA),“UTM is a "traffic management" ecosystem for uncontrolled operations that is separate but complementary to the FAA's Air Traffic Management (ATM) system.”

The new agreement allows Thales to engage with NASA on a technical and program level to continue to establish UTM in the United States and enables Thales to leverage its global expertise in UTM. Thales says it will support NASA’s goal to develop a UTM concept that can be transferred to the FAA in 2019 for deployment in the national airspace system (NAS).

Under this agreement, Thales will collaborate with NASA for the research, development, testing, and evaluation of low-altitude airspace control of UAS operating at or below 400 feet. To support NASA’s milestones for developing UTM, Thales will engage with industry and government stakeholders to share expertise, concepts, and perspectives on the integration of unmanned systems. The agreement also includes further cooperation with existing Technology Capability Level activities being conducted by NASA.

Thales is already working with other NASA partners at the FAA’s New York Test Site at Griffiss International Airport in Rome, NY, and will be deploying technologies in support of NASA initiatives. Through existing agreements with Syracuse University, Griffiss International Airport, CenterState CEO, Empire State Development and the NUAIR Alliance, Thales is supporting the development of UTM in New York including integration and monitoring of the FAA’s System Wide Information Management (SWIM) capabilities.

Earlier this year, Airmap and Skyguide partnered to develop the first European Unmanned Traffic Management (UTM) system. From close encounters with airplanes and possible collisions with helicopters, unmanned aircraft pose major safety issues to manned aircraft. Without adequately managed UAS flights, our skies could become more chaotic and even more dangerous in the very near future.