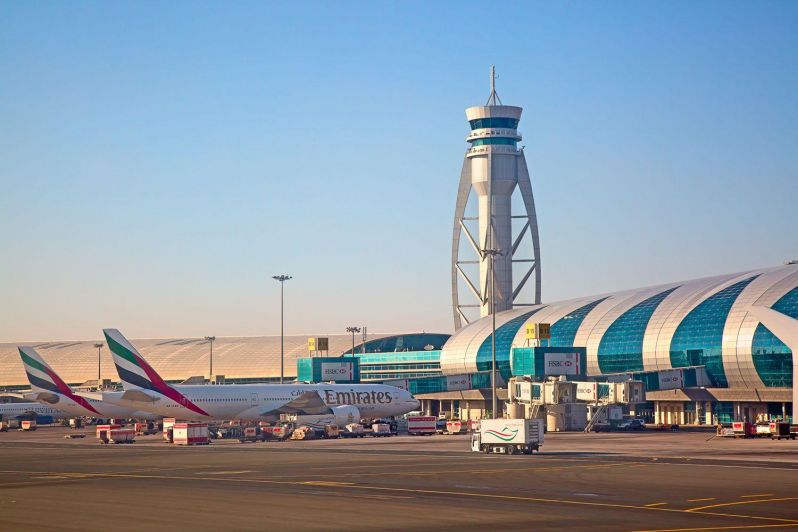 “Suspected drone activity” caused the Dubai International Airport (DBX) to ground all of its outbound flights for roughly 30 minutes on Friday morning, according to news reports. The shutdown lasted from 10:13 am to 10:45 am (0613-0645 GMT), during which arriving flights were still able to land but all departing flights were grounded.

The airport’s media team took to Twitter to update the situation and confirm flights were resuming.

Dubai Airports confirms that operations at Dubai International are back to normal after less than 30 minutes of delay due to unauthorized drone activity.

Dubai airport, the hub for airlines Emirates and flydubai, is among the world’s busiest airports for international travelers. In 2018, the airport saw more than 88 million passengers.

There are severe penalties in the United Arab Emirates for unauthorized drone activity, UAE law explicitly forbids anyone from flying drones within 5 kilometers (3.1 miles) of airports without permission.

Recent drone incursions near airports highlight the issue of drones interfering with commercial air traffic and the need to address security gaps at airports.

Drones disrupting airports and air traffic are becoming more common. Today’s incident at Dubai Airport is just the latest in a series of drone incidents plaguing airports and causing air traffic disruptions. In December 2018, Gatwick was closed for 36 hours after continuous drone sightings. In the United States, flights at Newark were grounded on January 22, 2019, after suspected drones. In New Zealand, airports report up to two sightings near airports each week.

Dubai is no stranger to drone sightings, in 2016 airport officials temporarily grounded flights on numerous occasions due to drones. Officials estimated that the airport closures cost the airport $95,368 per minute.