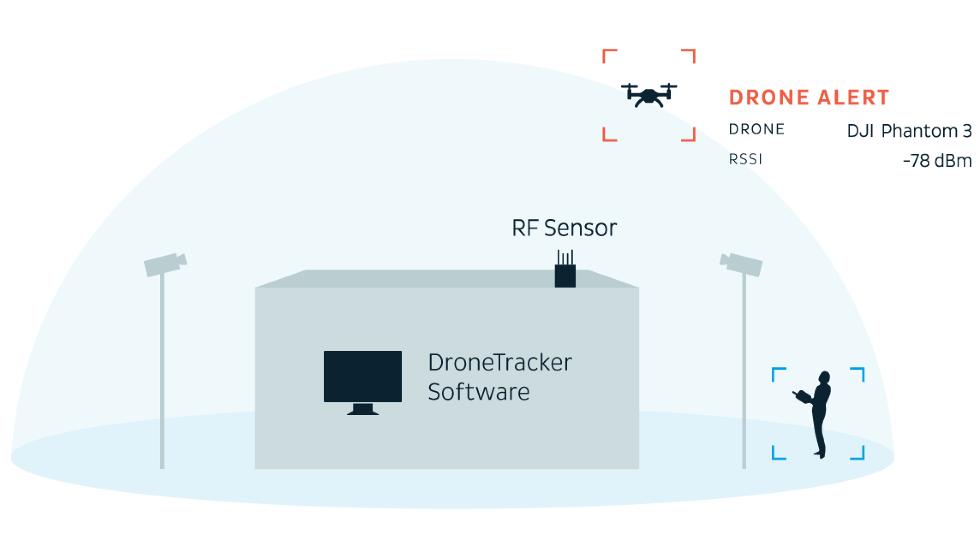 US Dept. of Defense partners with counter-drone company Dedrone

Dedrone announced a partnership with Defense Innovation Unit Experimental (DIUx), a United States Department of Defense (DoD) organization focused on accelerating commercial technologies to the U.S. military. DIUx and DoD are experimenting with Dedrone’s technology in assessing, measuring, and responding to adversarial UAS threats as they relate to flight operations and base security within the United States.

In April 2017, the FAA extended their authority over military operations areas (MOAs) by instituting restrictions that specifically apply to drones, and extended these rules to protect 133 facilities. In August 2017, The Pentagon implemented a new policy permitting military bases to shoot down hostile drones.

Drones pose a number of potential threats from espionage and threats to physical security. Drones have interfered with various U.S. military operations. Recently, a drone nearly collided with a Coast Guard helicopter during a drill exercise. This past September, a drone struck an Army Black Hawk helicopter while the helicopter team was providing security for the United Nations General Assembly.

Dedrone has worked with the DoD in the past. Last year, Dedrone conducted a two-month pilot program at Joint Base Myer-Henderson Hall, during which the DroneTracker software detected almost one hundred drones despite the fact that the base is within the Washington, D.C. no drone zone.

Now, Dedrone and DIUx are entering into a “permanent” partnership. DIUx has acquired Dedrone’s equipment, including hardware sensors for detecting radio frequency and DroneTracker, the company’s software product, which gathers data from these sensors and collates information about threat level, flight path and more. DIUx now has free reign to experiment with the counter drone tech and will not disclose which bases will be using the technology.

“Anecdotal information of drone incidents near military bases are leaving military security personnel with insufficient details about the nature of airspace threats,” says Joerg Lamprecht, CEO and co-founder of Dedrone. “Our partnership with DIUx is an opportunity for us to work directly with military installations and inform defense leaders on how to protect military airspace against rogue drone pilots.”