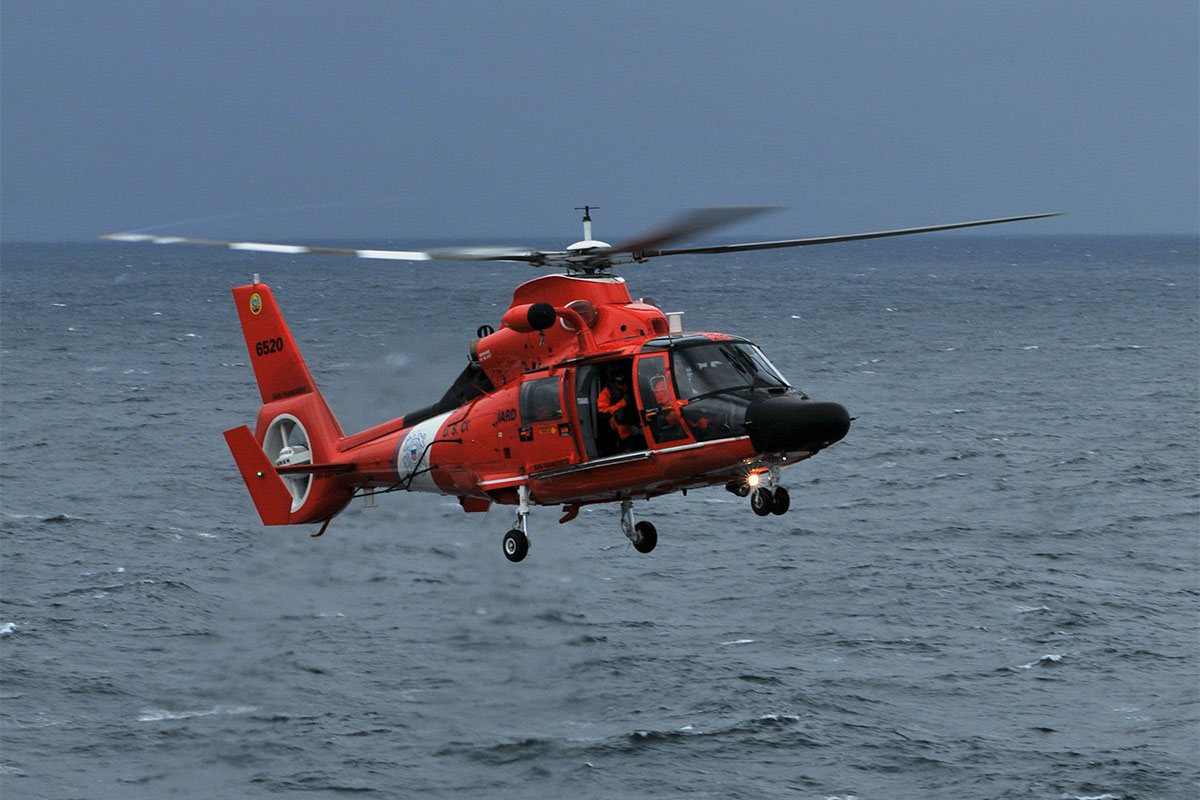 A routine Coast Guard training exercise nearly ended in a mid-air collision, according to a statement from the Coast Guard’s 13th District. The incident occurred near Fairchild International Airport in Port Angeles on Saturday, March 17, 2018.

According to the Coast Guard press release, the MH-65 Dolphin helicopter crew from Air Station Port Angeles was conducting low-level training at 300 feet near the airport when the team maneuvered to avoid what they initially thought was a bird. The aircrew estimated they came within 50 feet of colliding with what turned out to be a drone.

Drone operators are supposed to provide advanced notification to airports or airport traffic control to fly drones within five miles of an airport. Operators must yield right of way to manned aircraft and keep their drones in line of site at all times.

“Drone operators who are unaware or complacent of existing FAA regulations pose a significant safety threat to aircrews and risk serious damage to the aircraft,” said Lieutenant Commander Brent Schmadeke, operations officer at Air Station/Sector Field Office Port Angeles. “With the increasing popularity of commercial model aircraft, we strongly encourage operators to familiarize themselves with operating standards set forth by the FAA.”

Last month the FAA investigated two incidents involving a drone and helicopter. The first was a report of a drone colliding with Kauai tour helicopter and the second was an investigation of a drone suspected of causing helicopter crash in Charleston, SC.