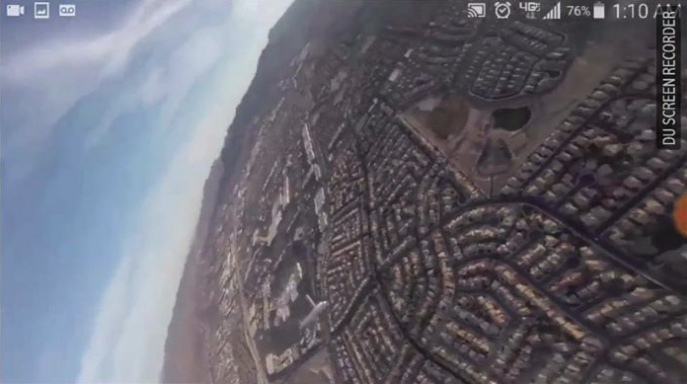 The video footage is from the drone’s camera. In the video, the drone flies above Whitney Park for a few seconds. Then, an airplane flies towards it. When the drone turns around, the airliner is seen directly below it.

Drone organizations have already condemned the incident. DroneU tweeted "We condemn the HORRIBLE reckless flight from this pilot."

We condemn the HORRIBLE reckless flight from this pilot. @NBCNews @CBS @sUASnews https://t.co/8b9fl3w4yT

DroneU also posted the video on their facebook page and made these comments about the event "Drone U Leadership and the entire membership community want to join with other industry leaders to fully CONDEMN this reckless and criminal act. Drone U and it’s members work tirelessly in making our skies safe for all users of the National Airspace System. This pilot's actions not only endangered the flying public, but has the potential to discredit an entire sUAS industry."

Drone U also expressed that the pilot operating the drone should "receive swift and just punishment for this example of irresponsible and reckless flight. There is no excuse for this type of criminal behavior."