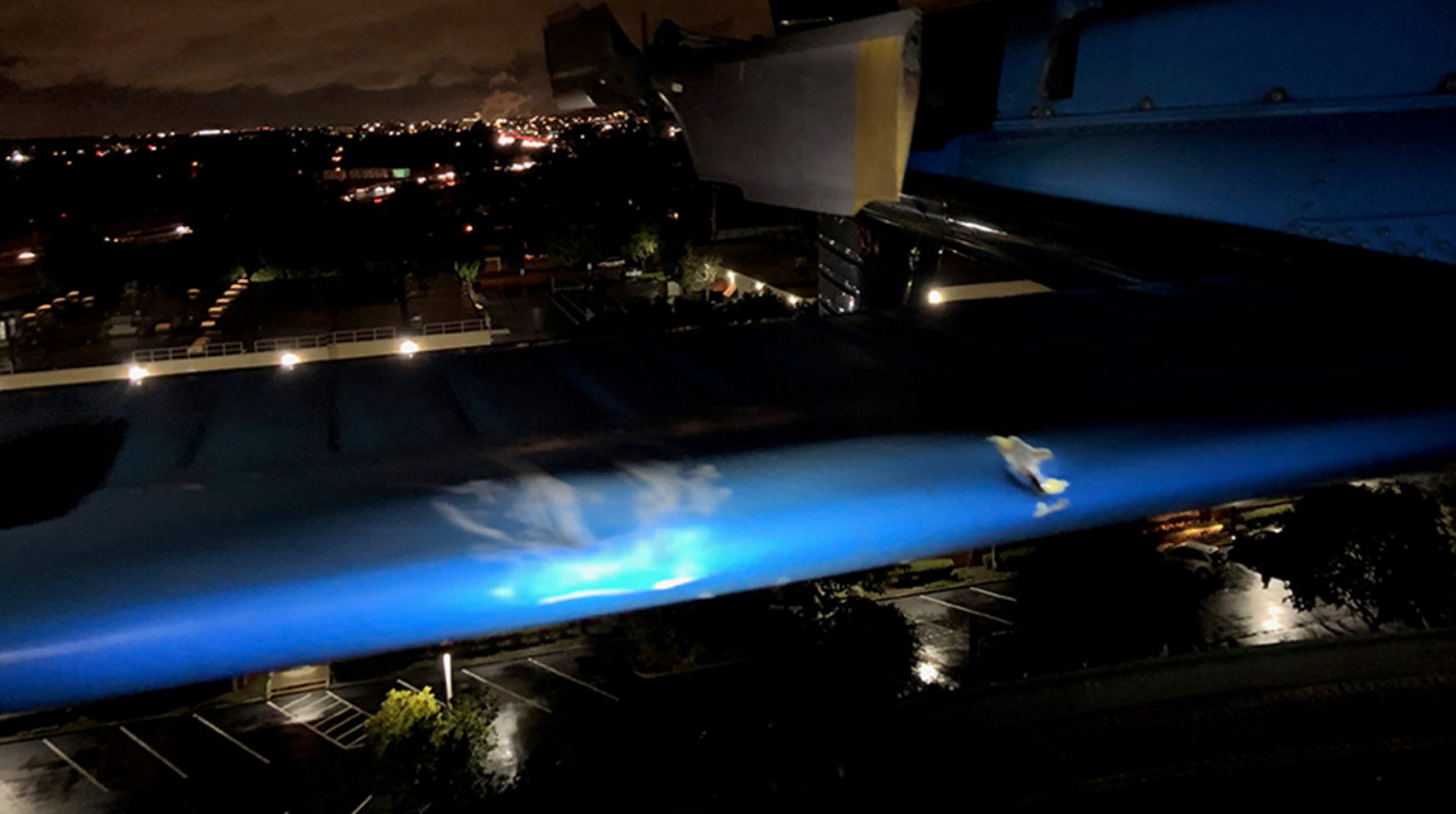 A drone collided with ABC7 news helicopter above downtown Los Angeles on Wednesday evening, damaging the craft and forcing it to land. According to a tweet by Air7HD pilot Chris Cristi, the helicopter landed safely after it was struck at about 7:15 p.m.

"After some tense moments over downtown LA..., Air7HD has landed safely following a midair collision with a drone which has damaged our tail," Cristi tweeted. "Thankfully our crew is fine!"

Cristi posted a photo that showed a dent and scratches on the helicopter’s tail, along with a small hole.

#BREAKING After some tense moments over Downtown LA this evening, #Air7HD has landed safely following a midair collision with a drone which has damaged our tail. Thankfully our crew is fine! @ABC7 #abc7eyewitness pic.twitter.com/sNg1j9Vne5

Both the Los Angeles Police Department (LAPD) and National Transportation Safety Board (NTSB) are investigating the incident. The helicopter was flying at an altitude of 1,100 ft when it was struck by the drone. The drone was flying well above the Los Angeles city and FAA regulations of 400 ft, drones should also not be operated in a manner that would interfere with a manned aircraft.

As drones become more popular, conflicts with aircraft are becoming more common. There have been several recent  drone incidents during California wildfires where firefighters had to stop aerial operations because of drones in the area.