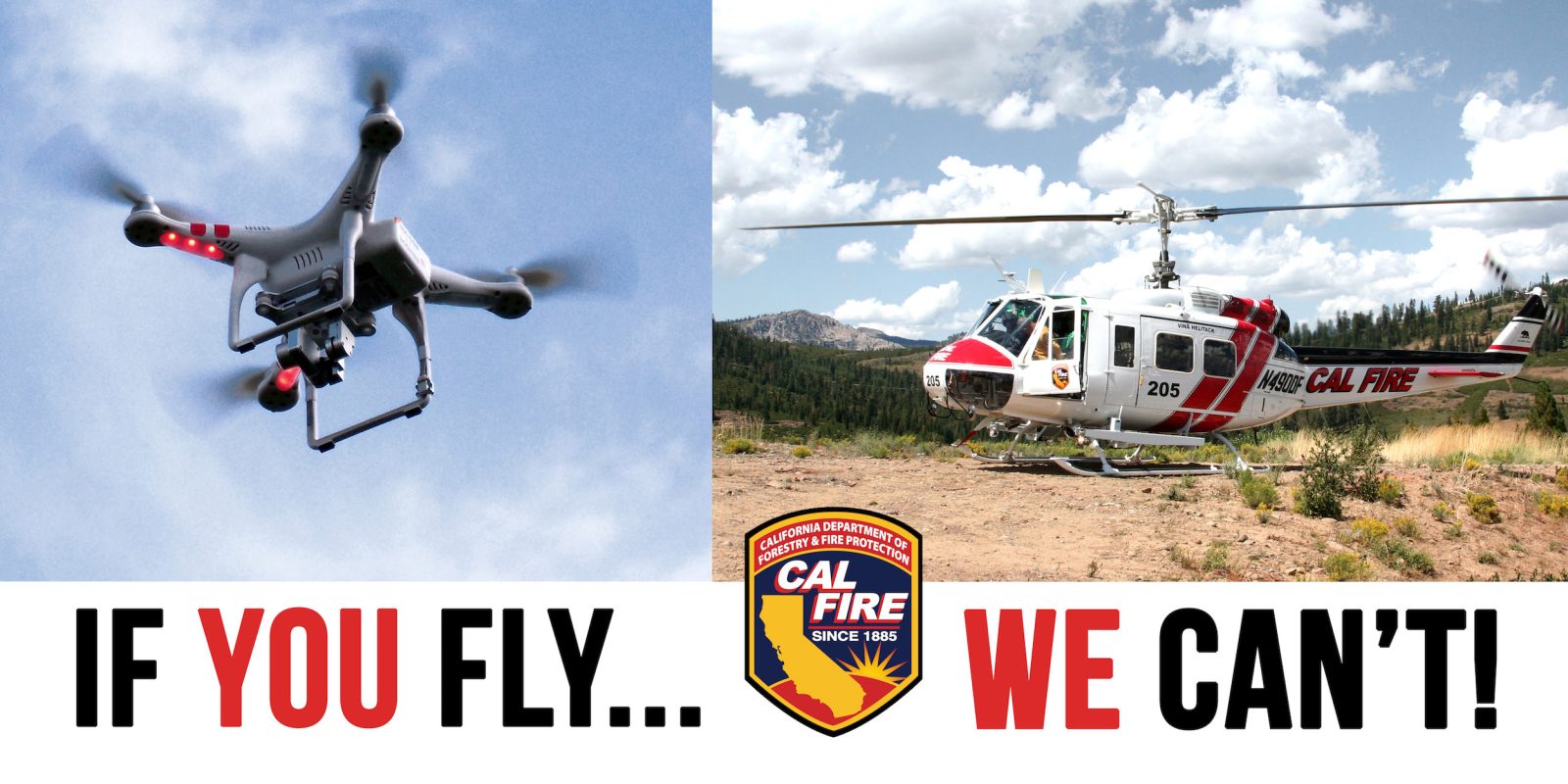 As rescue teams worked overnight to calm the fires spreading in Santa Paula, California, their efforts were halted due to irresponsible drone pilots trying to get a closer look at the rapidly growing fires. Firefighters had to make a risky decision: ground night-flying helicopters working to contain the fire or risk an aerial collision with a reckless drone.

On November 1, 2019, a Ventura County Fire Department helicopter pilot radioed in at 3:19 a.m. that a drone had been spotted flying above the flames, apparently trying to take a photograph or video of the scene below. Air operations were immediately stopped for at least 45 minutes until the sky was clear. Then at 4:05 a.m., another drone sighting occurred. Helicopters were grounded again for another hour.

Firefighting aircraft such as water-dropping helicopters and "super scooper" planes typically fly at low altitudes, about 150-200 feet off the ground when dumping their loads. In the event of a drone collision, there’s only so much room an aircraft has to safely land, potentially impacting those on the ground as well.

Drones have been a cause of concern for firefighters for several years. According to the National Interagency Fire Center, aerial firefighting efforts have been grounded at least nine times this year because of drone use, and at least 20 drone incursions have hindered firefighting capabilities nationwide from January through October.

The U.S. Forest services have been asking drone pilots to stay clear of fires for the past couple of years. It is really simple: Don't fly your drone anywhere near a wildfire. Even a tiny drone can cause a serious or fatal accident if it collides with a firefighting aircraft. The FAA has a dedicated page warning of the dangers of flying a drone over wildfires - Drones and Wildfires don’t mix!