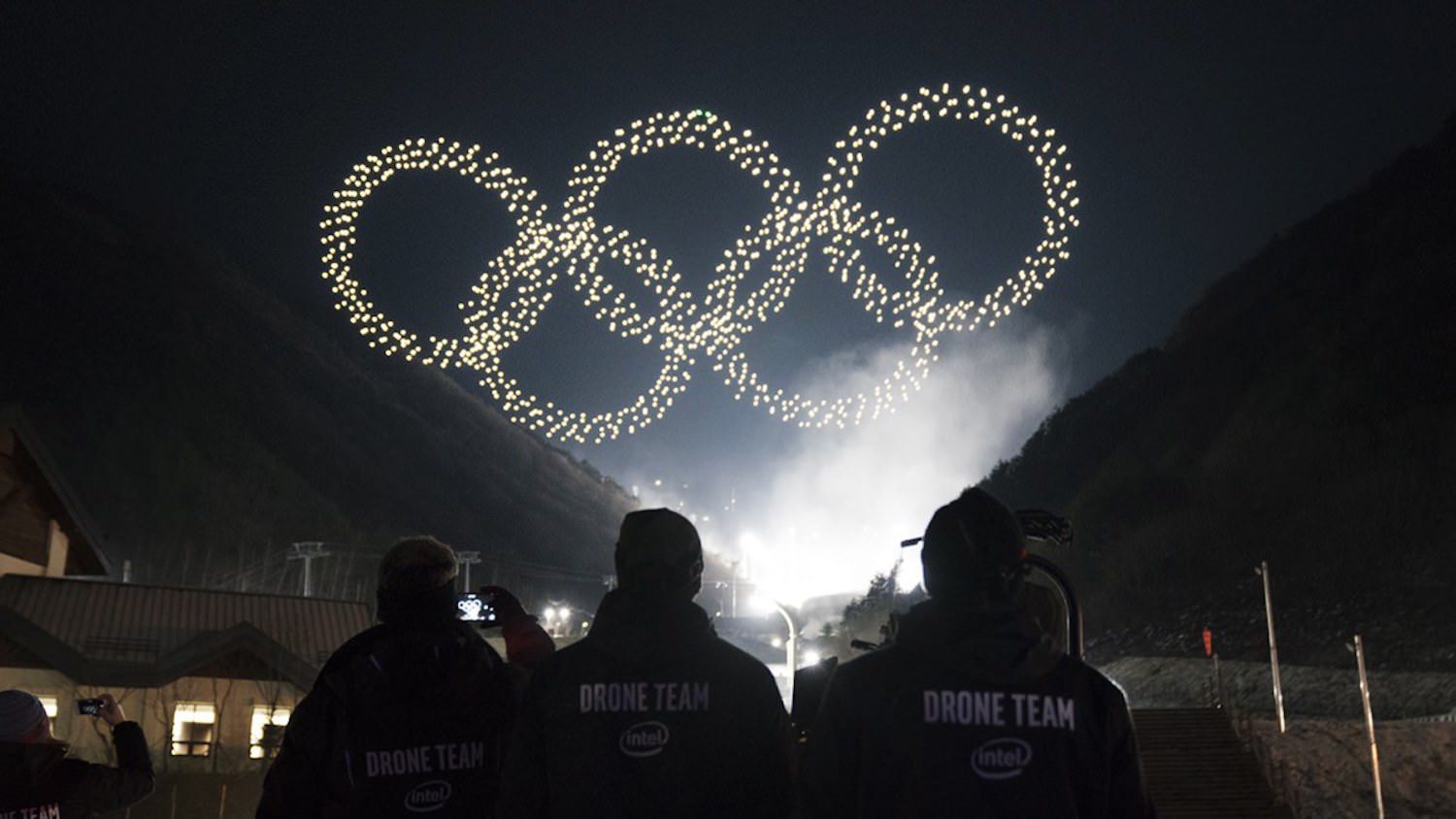 Intel dazzles spectators once again with its incredible 'Shooting Star' drone light display. Earlier this year at Las Vegas CES, Intel showed off their mini-drones with an indoor light show. They also impressed viewers during Lady Gaga’s Super Bowl LI Halftime Performance. This year they have topped those efforts with an even more impressive drone light show for the 2018 Winter Olympics Opening Ceremony.

For the Pyeongchang Games, those watching the opening ceremonies at home witnessed a sight never seen before: a record-setting 1,218 drones joined in a morphing display of synced perfection. Intel had planned a live version for the crowd, but they had to cancel the show due to “impromptu logistical changes.” Television audiences, though, were always going to see the pre-recorded version of the aerial performance.

The Pyeongchang production includes more Olympic-themed animations, like a moving snowboarder and iconic interlocking rings, all made possible by careful coding, and the four billion color combinations enabled by onboard LEDs.

"In order to create a real and lifelike version of the snowboarder with more than 1,200 drones, our animation team used a photo of a real snowboarder in action to get the perfect outline and shape in the sky," says Natalie Cheung, Intel's general manager of drone light shows.


If you haven’t seen the Opening Ceremony Light Show yet, you are indeed missing out. Check out these video highlights from WIRED:

If you haven't seen @Intel's world-record breaking drone show at the #OpeningCeremony yet, you haven't lived: https://t.co/JfOuldJiF6 pic.twitter.com/RlCe6SPZEU