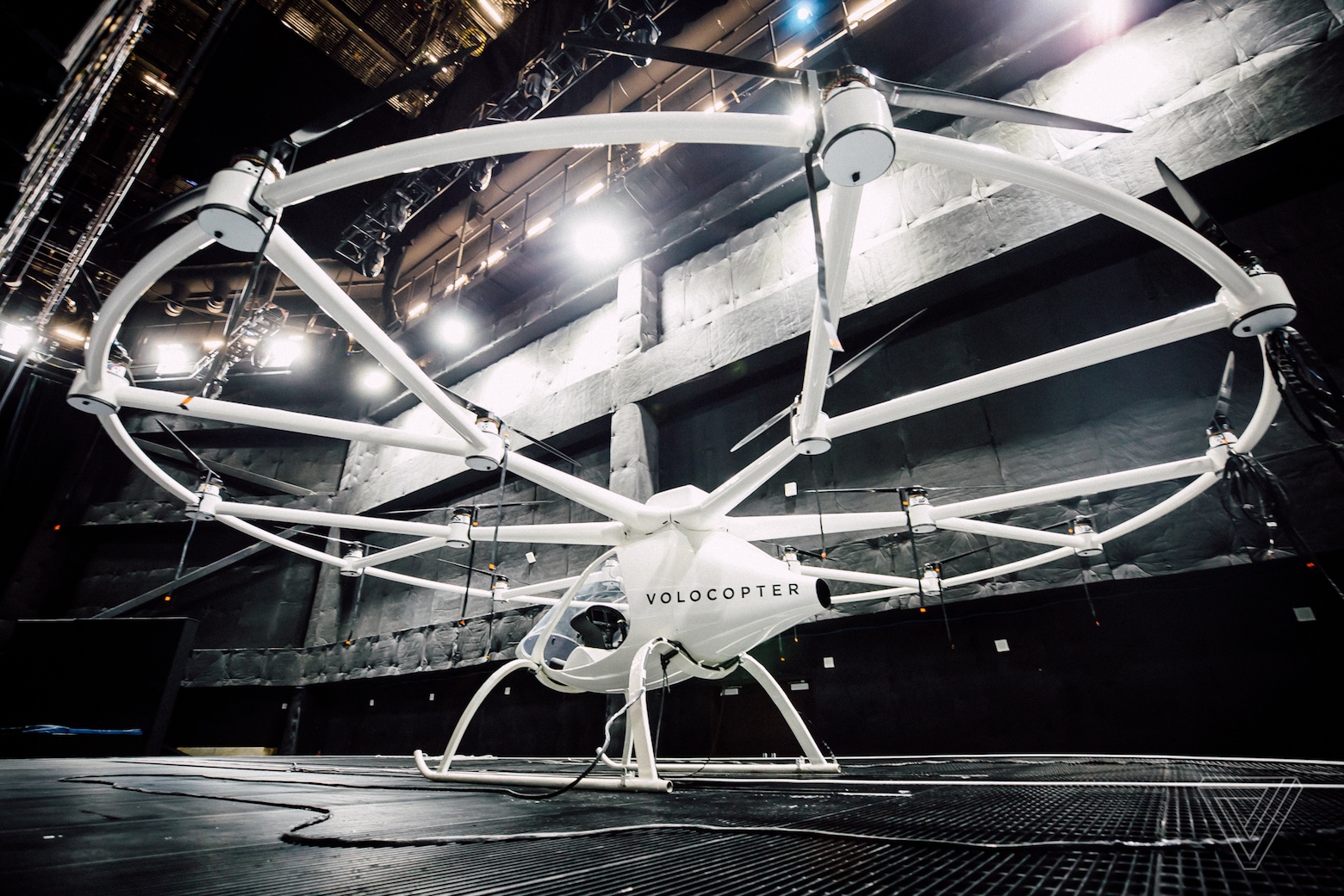 "Imagine pulling out your phone, opening up a transportation app and summoning your own personalized ride by air taxi," Krzanich said. "That sci-fi vision of the future is actually much closer than you might think."

The Volocopter lifted off for a short flight live on stage, its first time to fly in the United States. The Volocopter is an 18-rotor air taxi prototype. The Volocopter features a flight time of 30 minutes and a maximum range of 17 miles, though Volocopter says the batteries can be quickly swapped to compensate for those numbers until the tech improves.

Intel also showed off the Shooting Star Mini drone and capped off the keynote with a chroreographed 100-drone indoor light show. These drones are a new version of the original Shooting Star drone, used during Lady Gaga’s 2017 Super Bowl Halftime Show. The new mini version is a tiny quadcopter with caged propellers and safe to fly indoors, above the heads of the audience. Another neat feature is the drones operate without the need for GPS, as they can locate themselves.