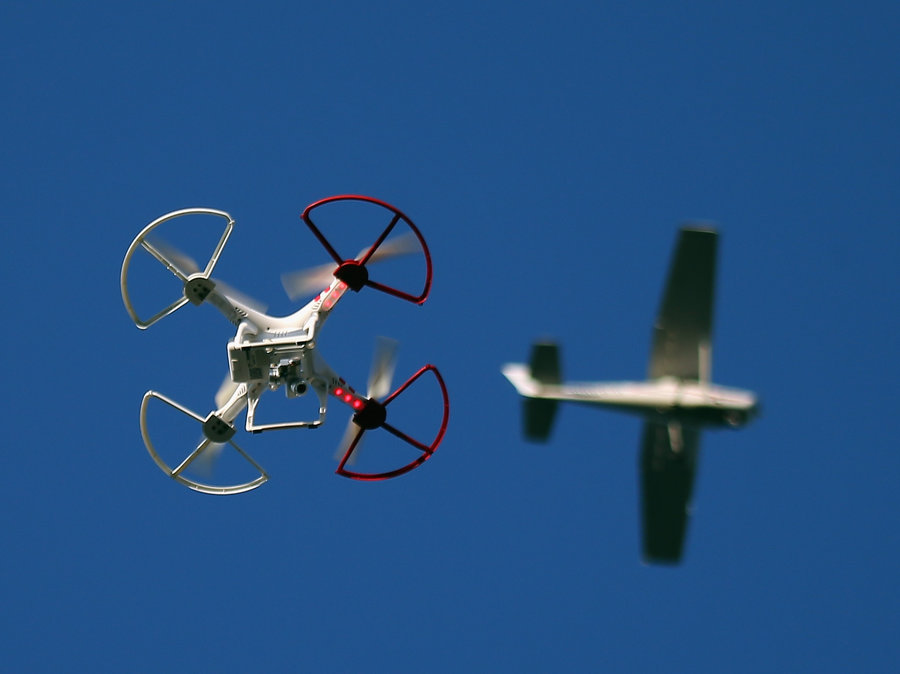 Data released by the U.K. Airprox Board suggests that near-collisions between drones and airplanes are rising in the U.K. at an alarming rate.

According to The Telegraph, the number of these incidents grew from 29 in 2015, to 71 in 2016, and 92 last year. That’s more than a threefold increase in two years, worrying many British officials and pilots.

28 of the near-misses in the past year were considered to have the most serious collision risk, with some of them occurring at airports in London, Edinburgh, Manchester, Liverpool, and Bristol.

Last July, a drone put 130 lives at risk when it came close to hitting a passenger jet as it approached Gatwick International Airport. The pilot of the Airbus A319 reported that the “very large” craft passed directly over its right wing. This incident endangering the 130 passengers onboard was one of 92 near misses between aircraft and drones recorded last year, according to data from the U.K. Airprox Board.

He believes the true extent of the problem could be even more severe as pilots struggle to see drones from cockpits. “There’s a possibility there are a lot more near-misses that aren’t being seen,” he said. “It’s really hard to see something that small. This could just be the tip of the iceberg.”

These incidents aren’t exclusive to the United Kingdom. In the U.S., a drone operator posted a video of their drone flying dangerously close to an airliner near Las Vegas's McCarran International Airport, and in Canada, a drone hobbyist crashed his drone into a commercial airplane at Québec's Jean Lesage International Airport.

As hobby drone sales increase, due to popularity and affordability, it seems that there will be inevitable consequences - more will be flying in the skies, and the number of misuses will rise as well.