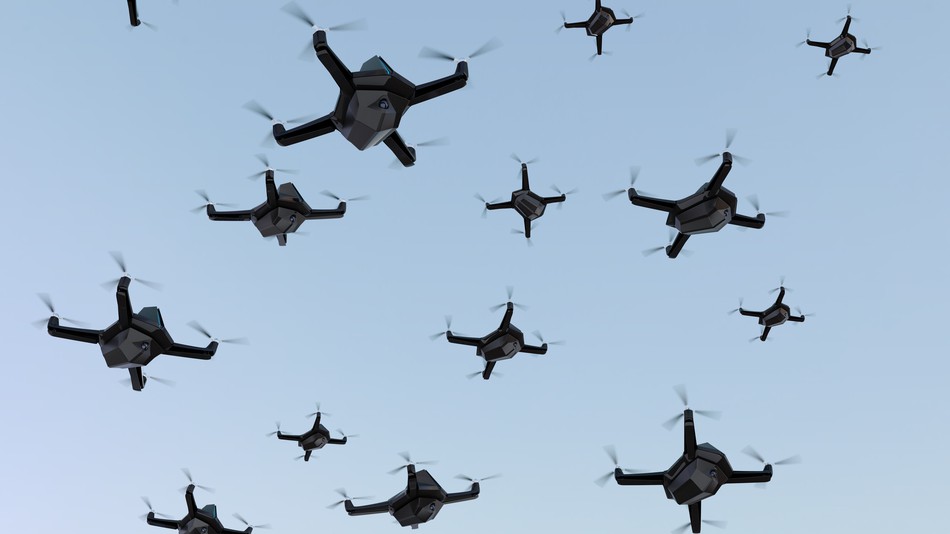 Criminals are increasingly using drones in illegal activity and as a way to counter surveil and disrupt the FBI and other law enforcement agents, according to a report by Defense One.

Defense One cites an incident where an FBI hostage rescue team set up a raised observation post to monitor a situation. A “swarm” of small drones appeared and descended on the FBI in a series of “high-speed, low passes at the agents in the observation post to flush them.” Joe Mazel, head of the agency’s operational technology law unit, shared that incident at the AUVSI Xponential conference in Denver. Mazel said the FBI agents lost situational awareness. “We were then blind. It definitely presented some challenges.” The drones were also used to surveil the FBI agents and send video back to other members, by uploading video to YouTube so others in the group could keep tabs on the FBI’s movements. The suspects had anticipated the arrival of the FBI and backpacked the drones to the area. Mazel declined to elaborate on where or when that incident took place because the incident remains “law enforcement-sensitive.”

Mazel added that counter surveillance of law enforcement agents is the fastest-growing way that organized criminals are using drones. Criminals are even using drones to monitor police departments to see who might be cooperating with them.

Criminals are not new to drones and have been using them in a variety of ways. They use them to prepare house break-ins, observe larger targets, spot security gaps, and determine security guard patterns. A few months ago, the Chinese government busted a group using drones to smuggle $80M dollars worth of smartphones. Drones have been notoriously used to smuggle contraband into prisons. An elaborate prison smuggling scheme using drones was shut down in England.

Mazel spoke about a criminal scheme in Australia where drones were used to monitor Port Authority workers. If the port workers get close to a shipping container that houses illegal substances or contraband, the gang calls in a fire, theft, or some other false alarm to draw off security forces.

Also at the conference, the associate chief of U.S. Customs and Border Protection, Andrew Scharnweber explained how organized criminals were using drones to monitor Border Patrol officers to exploit gaps in their coverage.

“In the Border Patrol, we have struggled with scouts, human scouts that come across the border. They’re stationed on various mountaintops near the border and they would scout … to spot law enforcement and radio down to their counterparts to go around us. That activity has effectively been replaced by drones,” said Scharnweber, who added that cartels could move small amounts of high-value narcotics across the border via drones with “little or no fear of arrest.”

Government officials who spoke at the conference noted that the nefarious use of drones in criminal endeavors would likely get worse before it got better.

Regulations and identification systems for drones take time to implement, and so far both the government and FAA have been slow to get those in place. Meanwhile, criminals will likely continue to use drones to their advantage.

The government and critical infrastructures will need to find effective drone countermeasures. Currently, the jamming technology used by the U.S. military in the Middle East is illegal to use in the United States. Congress has authorized the use of signal jammers in some limited circumstances, such as by the U.S. Department of Defense. Instead, governments and organizations can utilize other drone detection methods. Detection and identification are two key necessities as drone use increases, both recreationally and commercially. With more drones in the skies, it's essential to distinguish the good from the bad.