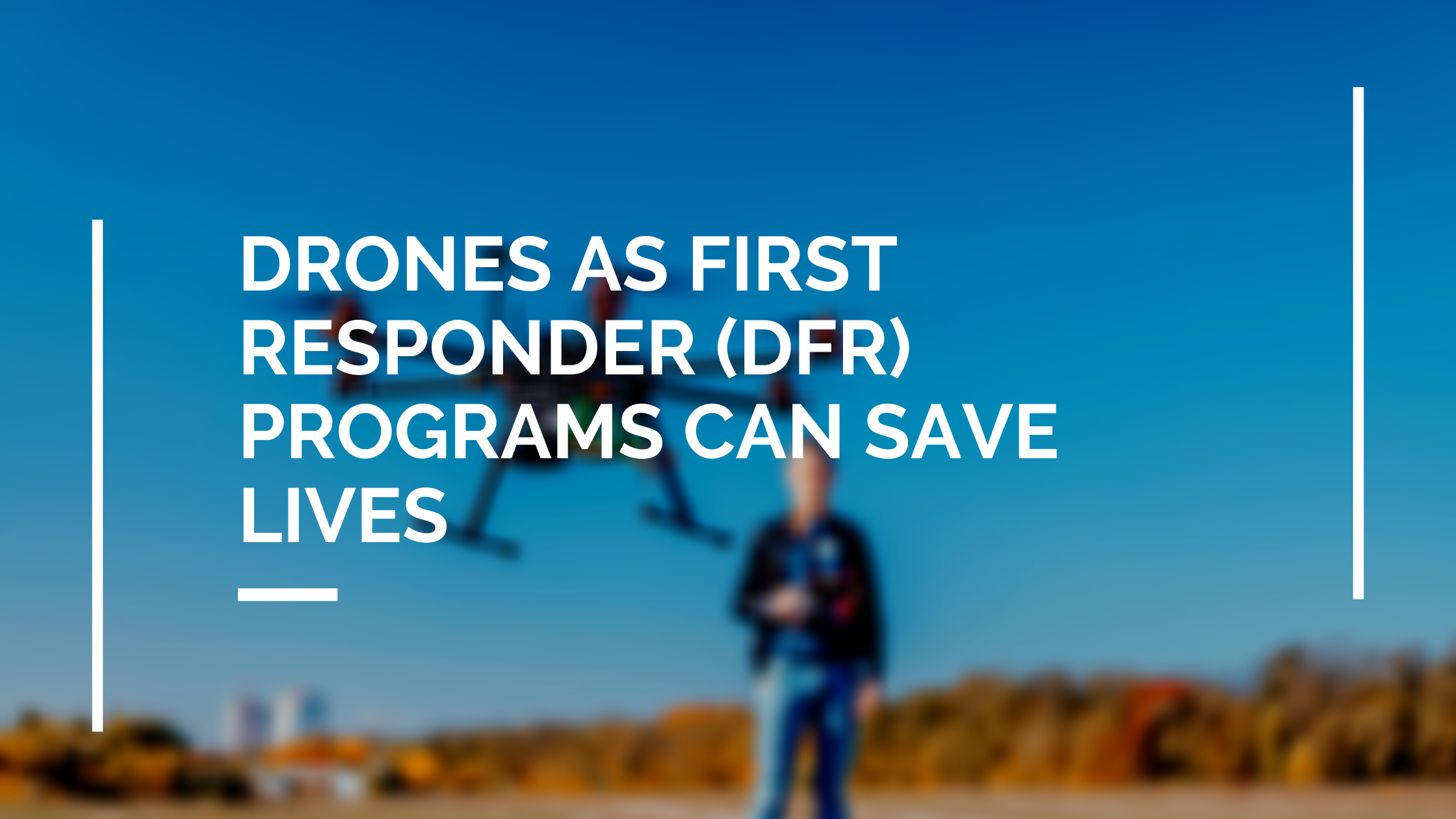 Drones as First Responder (DFR) programs can save lives

According to a new DJI report, more than 500 people worldwide have been rescued from danger by drones. DJI lists rescues from around the world on the DJI Drone Rescue Map, which tracks more than 300 incidents when police, firefighters, rescue squads, and bystanders have used drones to save people from danger since the first known rescue in 2013.

How are drones helping first responders?

Law enforcement and public safety agencies are significantly benefiting from using drones as first responders. More and more departments are adopting drones as a must-have device in their modern tool belt to better protect and serve their communities.

Drones have become more effective, more affordable, and easier to fly in recent years. Thus, making UAS a realistic option to keep responders safer and provide opportunities for missions that manned aircraft couldn’t maneuver through, such as exploring inside buildings and tunnels. Drones as a first responder is the natural progression of law enforcement using drones in their daily operations.

Use cases for Drones as First Responder

The Chula Vista Police Department has become the nation’s model for police departments using drones. The Chula Vista PD’s Drone as First Responder (DFR) Program is a revolutionary drone use case intended to increase officer safety, enhance efficiency, and improve response times. The system involves deploying at-the-ready drones from the top of buildings within the city to calls for service and critical incidents. The drones are operated remotely via the internet by a unique position called the teleoperator.

The teleoperator is not just a drone pilot, but also a police officer with the ability to manage incidents and direct appropriate response. The DFR program provides first responders with decision-quality data and incident management before anyone on the ground is in harm’s way.

According to a report by The New York Times, each day, the Chula Vista police respond to as many as 15 emergency calls with a drone and have launched more than 4,100 drone flights since the program’s inception two years ago. Chula Vista PD can oversee roughly one-third of the city from two drone launch sites.

Departments across the US are starting to model DFR programs after Chula Vista’s successful program. Two other departments in California and one in Georgia have followed suit in developing DFR programs. The Brookhaven Police Department (BPD) in Georgia has created a First Responder Drone Program, modeled after Chula Vista’s successful program. This is the first DFR program east of the Mississippi. It aims to provide an efficient and effective way of gathering critical law enforcement information to respond to calls for service, emergencies, or criminal investigations.

Chula Vista has paved the way for law enforcement with its BVLOS program. As public safety agencies are granted more leniency to fly BVLOS, agencies will use drones as first responders in more missions.

The latest drone technology that allows for automated self-flying drones has the power to transform everyday policing, just as it can change package delivery, building inspections, and military reconnaissance. As drones become more sophisticated with automation, police departments will be able to do more with drones for everyday routine monitoring and responding to 911 calls.