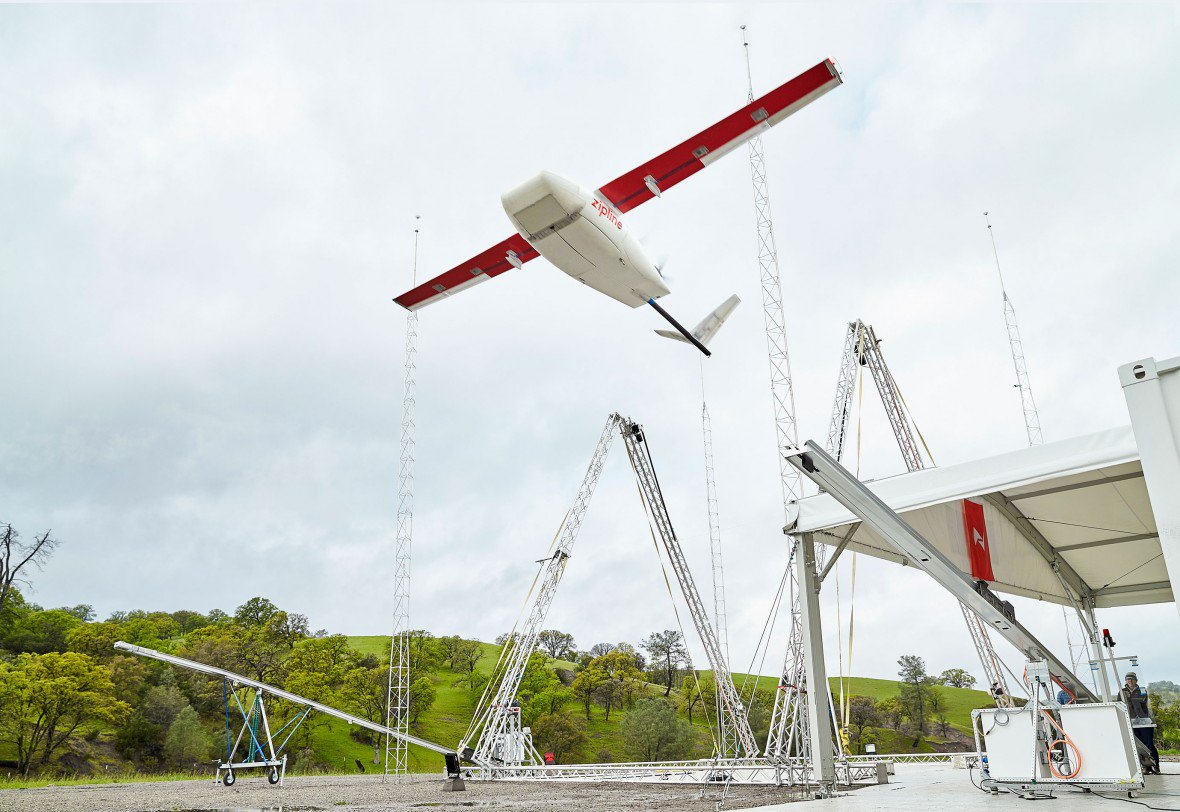 With all the stories about menacing drones and privacy concerns, it is easy to forget about all the positive uses of drones. Drones are changing industries for the better and society can benefit from drone use. One such company making a beneficial impact is Zipline; they have been using drones to supply Rwanda with lifesaving medical supplies.

Zipline is a company specializing in medical drone deliveries could soon be bringing their services to the United States. Earlier this month, the company announced its new delivery drone capable of traveling at speeds of up to 80 miles per hour.

The company was founded in 2014 with financial backing from Google and others and have completed more than 4000 deliveries of lifesaving blood-packs and medical supplies to hard to reach areas of Rwanda. Their network of drones and delivery centers enables isolated medical facilities in the impoverished African nation to receive supplies in a fraction of the time compared to traditional delivery methods. What previously took days to receive now less than an hour.

After a year and a half of successful operations in Rwanda, the company is now awaiting Federal Aviation Authority (FAA) approval to test their system in various American states.

The U.S. has strict regulations governing the flight of drones, such as drones operators must remain in visual line-of-sight, meaning that gaining permission to launch medical deliveries requires special permission.

According to Zipline’s press release, the company is working with state governments to launch its medical drone delivery as a part of the UAS Integration Pilot Program (UASIPP). The FAA created the UASIPP as an opportunity for state, local, and tribal governments to partner with the private sector to accelerate the development and deployment of safe commercial drone innovation in the country.

The FAA is expected to formally approve UASIPP projects in the coming weeks and enter into formal Memorandums of Agreement with applicants by May 7th, 2018. Upon approval, Zipline expects to begin rural American operations by the close of 2018.

Since the United States is much more populated than Rwanda, the company plans to scale their distribution and delivery to meet U.S. demands. “Our first generation aircraft and logistics system allowed us to create the first and only drone delivery service in the world, which is helping to save lives in Rwanda every day,” said Zipline CEO Keller Rinaudo. “We’ve taken everything Zipline has learned making thousands of life-critical deliveries and flying hundreds of thousands of kilometers and redesigned our entire system and operation from top to bottom. The new aircraft and distribution center system we’re unveiling today will help Zipline scale to meet the needs of countries around the world—including the United States.”