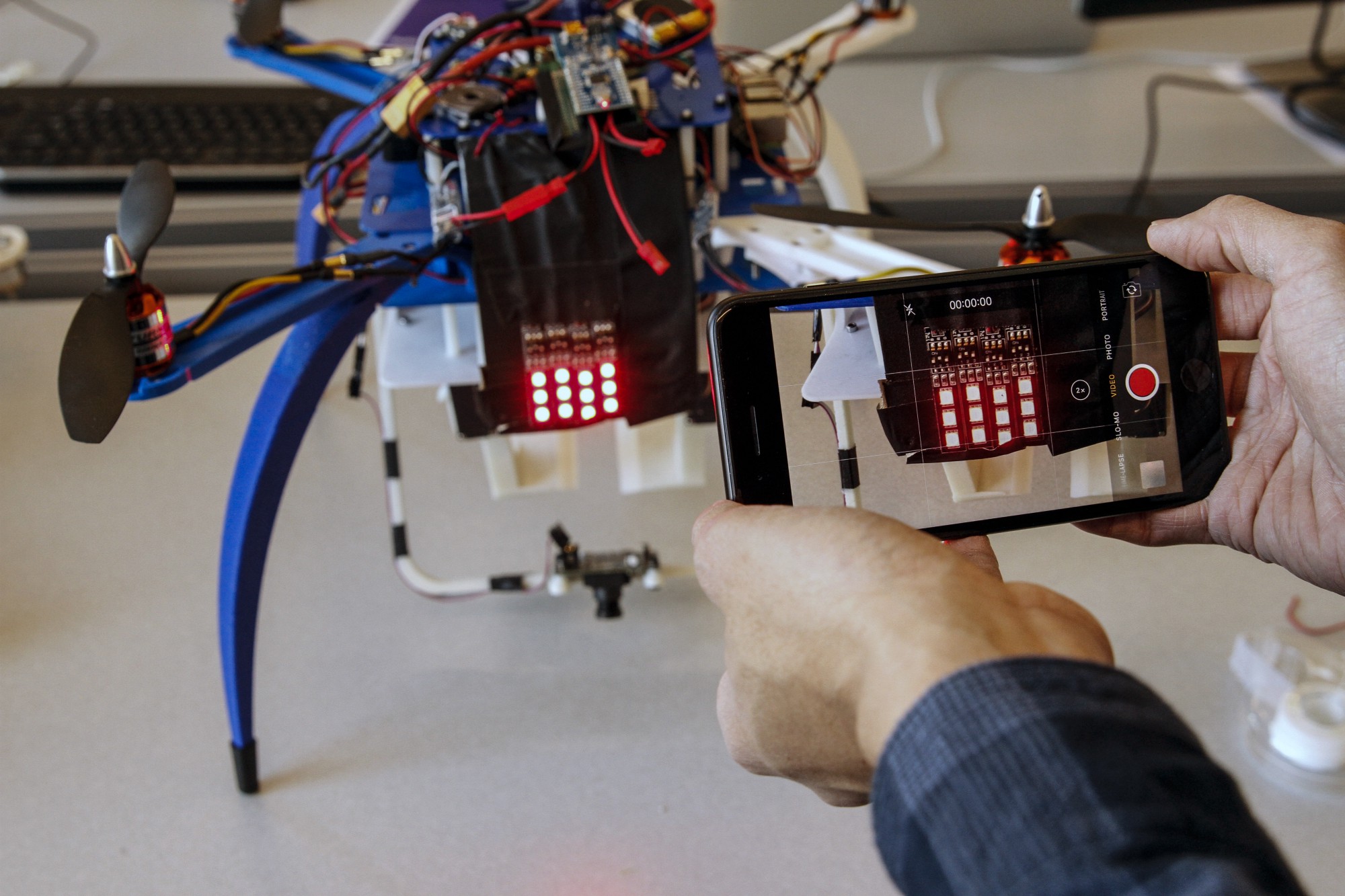 Ford as one of the FAA’s drone symposium panelists may seem unlikely, but given their views on drones and past drone projects, the company considers their proposal on drone identification and tracking as an appropriate exploration.

According to Ford's drone ID and tracking white paper, the company “views sUAS more as aerial extensions of ground-based vehicles than smaller versions of traditional aircraft, and as such, finds it appropriate to explore ground transportation frameworks as models for a remote identification and tracking system for drones.” The automaker has been working with the FAA to figure out how to track UAVs since last year. In fact, Ford is the only automaker on the FAA’s Aviation Rulemaking Committee. Last year, at the at the Mobile World Congress in Barcelona, Ford revealed Autolivery, a self-driving van that launches delivery drones.

In the proposal’s white paper, Ford made it clear they valued drone operators’ privacy and sought a solution that would “strike a healthy balance between identifying sUAS and protecting their operators’ interests.” Unlike drone maker DJI's proposal to force drones to broadcast their ID and location over radio, the car company offers a more passive and less intrusive solution. Ford wants drones to use their anti-collision lights to flash their ID number in code that would be readable by an app. Essentially, Ford proposes an aerial version of the license plate.

The app would allow civilians to use their smartphones to report misbehaving UAVs. During tests, bystanders using the app were able to identify drones up to 80 feet away. While that's not far for complete surveillance of drones, it might be close enough for drones endangering airports or driving paths -- though it's unclear how quickly the app could identify fast-moving aircraft. Ford explained that the range could be extended by up to 20 times using commonly-available DSLR lenses.

Their solution leverages the 10-digit code the FAA provides to those who register their drone, which must be legibly printed somewhere on the frame of the device. The UAS would display the 10-digit code through visually discernible serialized blinks. Using visible ID allows the system to relay information through existing drone components which saves on the already limited space onboard a sUAS. A key advantage of signals transmitted in the visible spectrum is that the system continues to function in areas lacking reliable radio or satellite connectivity.

Ford presents a very cost-effective and efficient solution, utilizes many existing components: FAA registrations code, LED lights on a drone, and smartphones. In addition to being tested and shown to work in an operational environment, Ford’s Unmanned Aerial Systems research group is conducting further studies on the parameters affecting VLC in mid-air sUAS identification and their optimal operational ranges.