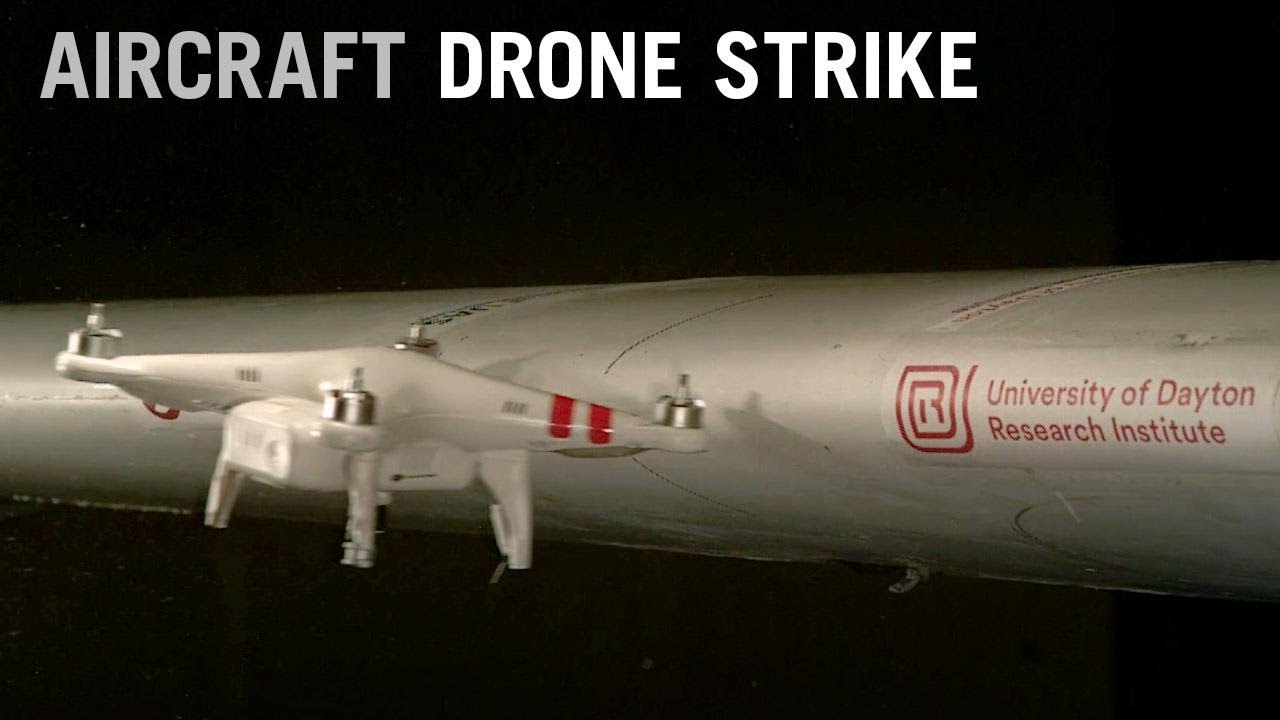 What happens when a UAS collides with a plane’s wing? [VIDEO]

University of Dayton Research Institute Impact Physics group is testing controlled UAS strikes on aircraft structures. The research group released a video of a 2.1-pound DJI Phantom 2 quadcopter being launched at the wing of a Mooney M20 aircraft. The test mimics a drone plane mid-air collision at 238 mph.

Earlier this year, we published a video showing a simulation of a drone being sucked into an aircraft’s engine. The drone and the engine did not fare well in the simulation, in a matter of seconds, the engine fan blades are shredded.

These drone collision tests are showing us that drones can be very dangerous to manned aircraft. As commercial and hobby UAS use increases, the potential for a collision will naturally increase as well. Knowing the dangers, risks, and proper flight procedures should help prevent mid-air collisions.

One concern over recreational drone pilots has been their lack of training and knowledge, the recently signed FAA Reauthorization Act of 2018 will change that. Recreational pilots will now have to pass a knowledge test. All the details over the test have not been released. However, the law reads a test will be available within 180 days.

Professional and recreational drone pilots should watch the skies and keep their radios handy to monitor for nearby or approaching air traffic. Also, always yield right of way to manned aircraft!!