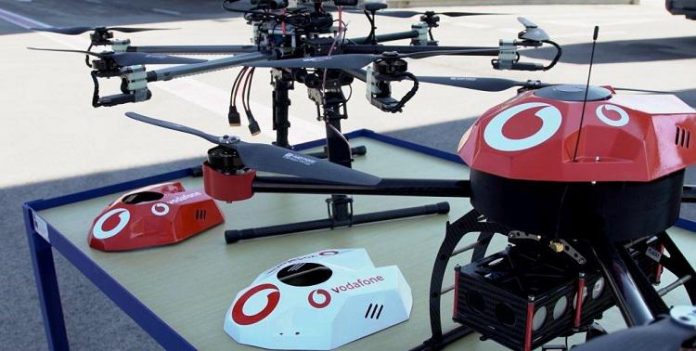 Vodafone has developed the world’s first Radio Positioning System (RPS) for drones. This uses a 4G modem and SIM embedded within each drone to enable:

The Vodafone RPS is combined with Artificial Intelligence algorithms - also developed by Vodafone - to enable a vast number of drones to be tracked and controlled remotely. Vodafone has placed its RPS research and associated intellectual property in the public domain with no licensing fees for re-use to accelerate the pace of drone safety and geolocation innovation worldwide.

The technology behind RPS will also be utilized to boost the functionality of other IoT devices in the future - from luggage tags to bicycles. RPS could support, or replace, GPS in some IoT devices.

If the European Aviation Safety Association (EASA) adopts the new system, drone manufacturers will need to create a slot for the SIM card, similar to mobile phones. SIM cards would not necessarily need to be using Vodafone's network.

The collision risk between a drone and aircraft is growing at an exponential rate. Analysis from the Single European Sky Air Traffic Management Research (SESAR) project indicates that by 2050 drones will log more than 250 million flying hours per year over densely populated areas of the European Union, seven times the cumulative annual flying hours of conventional manned aircraft.