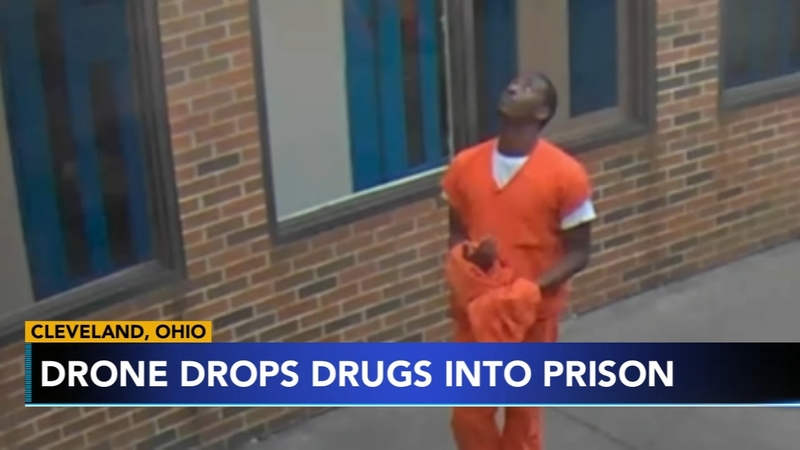 Ohio authorities released video footage taken at Cuyahoga County Jail showing a county jail inmate in the facility gathering up contraband that was dropped off by a drone.

Jail security cameras captured the incident on June 21. In the video, you can see one inmate, who's outside for recreation with other inmates, as he starts wandering and staring up at the sky.

Suddenly, he jerks forward while holding up his orange jail garment, trying to catch something that falls from the sky, which falls to the ground. The inmate then picks it up, hides it in a shirt, and walks off.

Authorities said the items confiscated from the drone drop included marijuana and a cellphone.

"If it can happen there, it can happen anywhere," Erie County Sheriff Paul Sigsworth said. "You try to stay one step ahead as best you can, but you try to learn from incidents like this locally and nationally."

Across the nation, prisons are seeing an uptick in the number of drones flying near correctional facilities. Drones are a real threat to prison security and safety. The flying devices are increasingly being used to deliver dangerous contraband such as drugs and cell phones to inmates. Earlier this month, Virginia authorities announced they are investigating the recovery of a drone found near Buckingham Correctional Center.