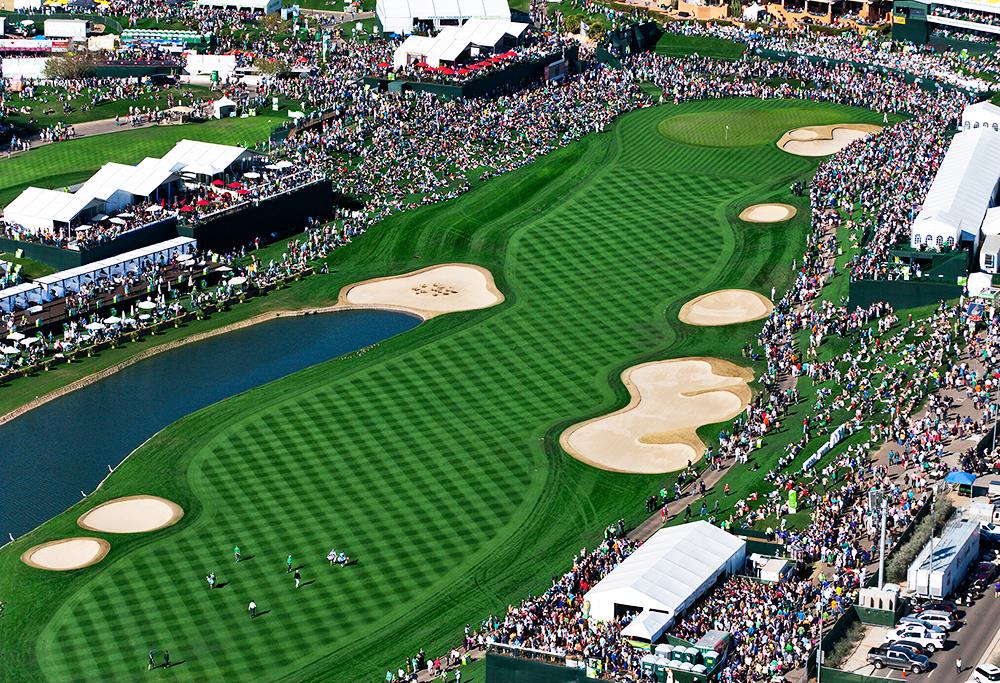 This year Scottsdale, Arizona police are taking extra precautions to keep the PGA event safe from aerial threats. Scottsdale Police Department’s intelligence team is working with two aerial surveillance companies, Dedrone and Aerial Armor, to detect drones in the airspace of the tournament.

“Drones in certain airspace can down or cause airplanes and other emergency aircraft to not fly in that zone,” Hoster said. “That’s why it’s obviously a hindrance to us.”

The golf complex is about two miles from the airport. According to the Federal Aviation Administration, recreational drone pilots are not permitted to fly within 5 miles of a major airport without specific air traffic permission and coordination.