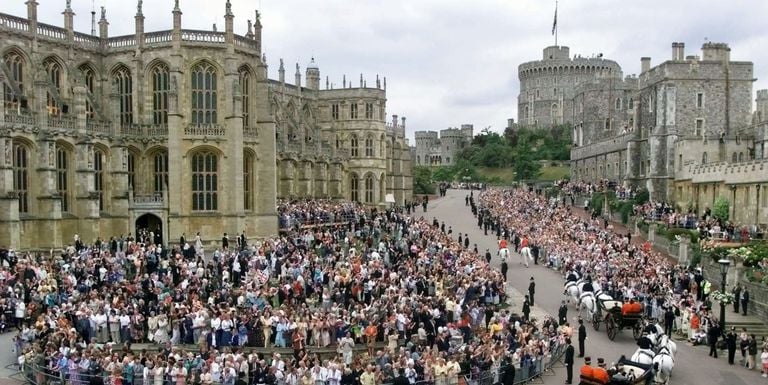 The date for what is likely “the wedding of the year” is approaching. The royal wedding is set to take place on May 19, 2018 at St. George's Chapel, Windsor Castle. The royal wedding will have enhanced security, with help from all levels of British law enforcement to secure the special event.

Security barriers are being put in place, an elaborate police deployment plan has been mapped out, and a no-fly, no-drone zone will be enforced to keep the airspace clear. The flight restriction is for May 19 & May 20th, it covers the use of all drones in around the Windsor Castle estate. British local Thames Valley Police ask the public to not fly their drones at the event and to to contact authorities if they see a drone.

British Special Forces will be using anti-drone systems to disable drones flying over Windsor during the royal wedding. Counter Terrorist command will be working with the Special Forces soldiers to counter aerial threats posed by drones. These measures have been taken as a precaution amid fears that extremists could use the event to launched an unmanned attack on thousands of people lined up to watch the royal procession. It will also be used against intruder “paparazzi” drones.

This isn’t the first time counter-drone systems have been deployed at a wedding. In fact, celebrity wedding planners have been grappling with this for years, as the paparazzi have turned to using drones to capture photographs and video of high-profile weddings.

An article in Vanity Fair from October 2016 discusses how drones are disrupting weddings and what celebrity wedding planners are doing to counter the “paparazzi” drones. In this article, wedding planner Marcy Blum recalls her first encounter with drones disrupting a wedding in 2014. She was planning a wedding in Croatia for film producer Fabiola Beracasa and her then-fiancé Jason Beckman’s wedding. They were “well-known and connected people, but not the type to attract photographers from Western media.” Paparazzi descended on the guests to get an up-close seat to what they thought was Angelina Jolie and Brad Pitt’s wedding.