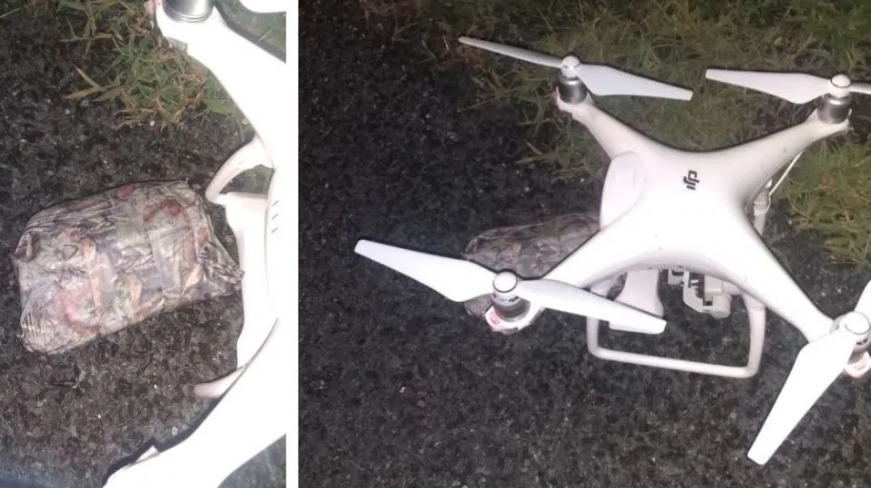 In August 2019, Virginia Police investigated a drug-carrying drone found near Buckingham Correctional Center. The drone was carrying $500 worth of marijuana, an eight ball of cocaine, a cell phone, three SIM cards, and a handcuff key.

Most of these sightings happened due to security staff spotting the drone in flight. The actual number of drone flights near Virginia prisons is most likely much higher due to drones flying at night or staff not seeing them.

What are criminals doing with drones near prisons?


Criminals are using drones to deliver contraband to prisoners. Cell phones, sim cards, drugs, and weapons are the most common types of contraband being dropped. All can potentially threaten the security and safety of the entire correctional facility.

Contraband dropped into a prison leads to negative outcomes, such as inmate misconduct, prison riots, increased inmate drug use, or serious injury to guards.

Drones could be flying over to gather surveillance information about perimeter security, physical layout, and guard patterns for future contraband delivery.

Drones are increasingly being used to deliver contraband such as drugs and cell phones to inmates. Earlier this year, Georgia Department of Corrections revealed they experienced an all-time high in number of drone sightings near prisons.

Issues with drones delivering dangerous contraband to inmates are prompting states to adopt laws and establish penalties for flying the devices near correctional facilities. Georgia and Delaware are the latest states to make it illegal to fly drones near prisons.

What can prisons do to protect themselves from drones?

Drones expose a prison’s security gaps and leaves facilities vulnerable. Drones contribute to the threat of “introduction of contraband” and can aid in inmate escapes. The consequences of these threats put the entire correctional facility in danger and compromise public safety.

As this threat becomes common practice, state and federal prisons will need to consider making drone detection a standard security feature. Prisons can also establish standard operating procedures and protocols to follow when a drone sighting does occur. Just as facilities practice for prison riots, security personnel should practice drone incursion exercises. All staff members need to know what to do when an incident happens.