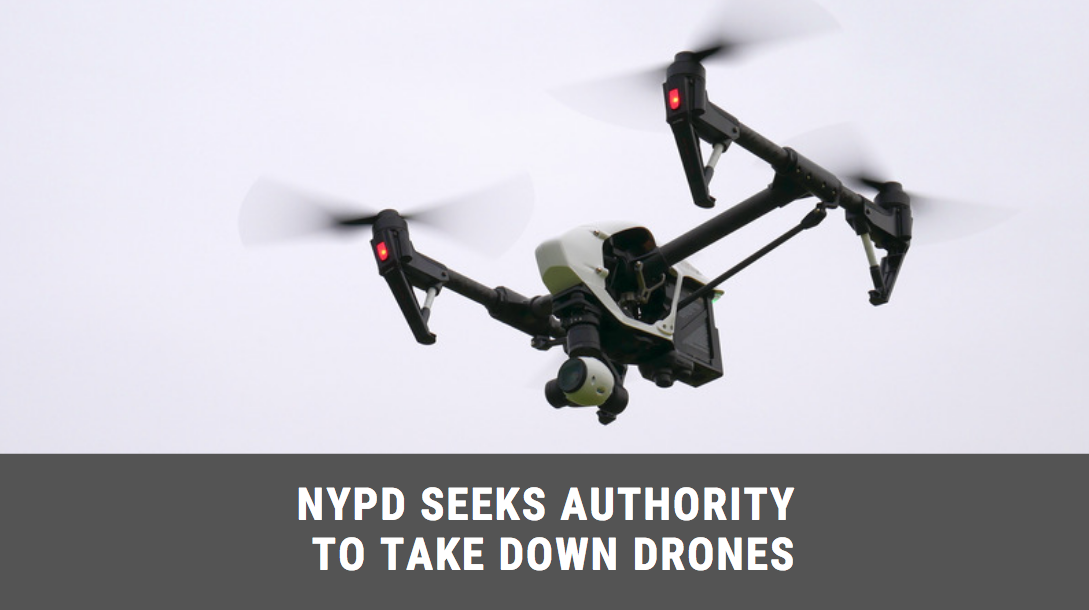 New York Police Department (NYPD) is seeking permission to take down drones from local airspace by any means necessary. According to the Wall Street Journal, NYPD wants the authority to remove drones from the air as they see fit. That could mean shooting drones down using guns or deploying devices such as jammers to disable the drones.

"The more we see them up there, the more our fear level grows," NYPD Chief of Department Terence Monahan said, according to the Journal. "And we want to make sure we are ahead of the game here."

The NYPD has a special task force to police drones and a fleet of crime-fighting drones but local law enforcement must adhere to Federal Aviation Administration (FAA) regulations. In 2018, Congress passed a law authorizing federal law enforcement officials to disable drones; the FAA would need to grant the NYPD the same powers. "We are a unique city," Monahan told the Journal, explaining why he thinks the FAA should do this. "We have so many areas we need to protect."

In New York City, drone use in only legal in a few city parks - in Queens, Flushing Meadows-Corona Park and Forest Park; in Brooklyn, Calvert Vaux Park and Marine Park; in Staten Island, LaTourette Park.

Misuses from drones range from trivial annoyance to dangerous terrorist acts, the U.S. none of the incidents have been terrorism-related. In 2016, a civilian drone crashed into a Blackhawk helicopter causing it to be grounded. In month 2018, someone crashed their drone into Barclays bank building in Manhattan.

Drones disrupt commercial airplanes and airports. Recently, a drone sighting near Newark Liberty Airport, which is less than 20 miles from Manhattan, caused FAA to ground flights for 30 minutes.

It will be interesting to see if the FAA grants NYPD permission to take down drones without assistance from federal agents. In 2011, NYPD Commissioner Kelly admitted that the city can take down a plane with military-grade weapons. The weapon is available only to the military and law-enforcement agencies, which NYPD can use on special occasions.