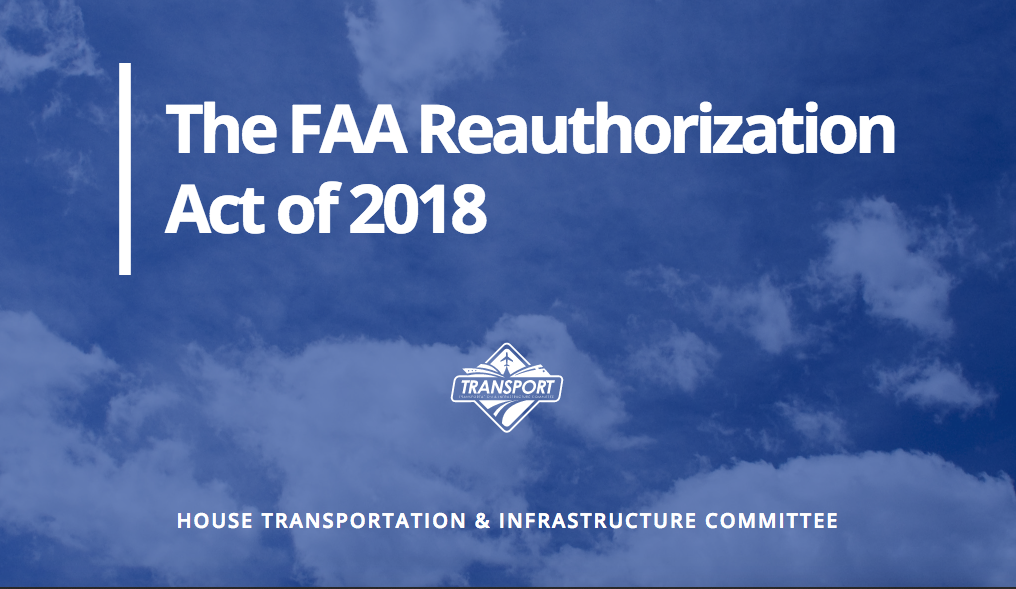 The passing of H.R. 4, the FAA Reauthorization Act of 2018 in the House of Representatives Friday, April 27, 2018, has been met with applause from various members of the drone community.

The House passed a Federal Aviation Administration reauthorization bill that will renew the agency's funding for another five years. Besides renewing funding, the legislation also includes provisions about unmanned aircraft systems (UAS).

The rules concerning unmanned aircraft which the House considered in the passing of this Bill include:

The Alliance for Drone Innovation and the Small UAV Coalition expressed support for the bill. While the Academy of Model Aeronautics (AMA) stated their concern “about the inclusion of alternative language relating to Section 336 that, while perhaps well-intentioned, places an extreme burden on the FAA, an agency already underfunded and understaffed,” and “this alternative language creates further ambiguity for the recreational community.”

Earlier this month, the AMA announced its opposition to revoking Section 336. The AMA is pushing for preservation of Section 336, and have “worked diligently with Congress to ensure [its] hobby is protected” in FAA reauthorization.

The next step required before the FAA Reauthorization Act becomes law will be for the Senate to discuss and formulate their version of the bill. Then, both the House and the Senate bills will be considered by a Joint Committee so that a final Act may be drafted for legislation.