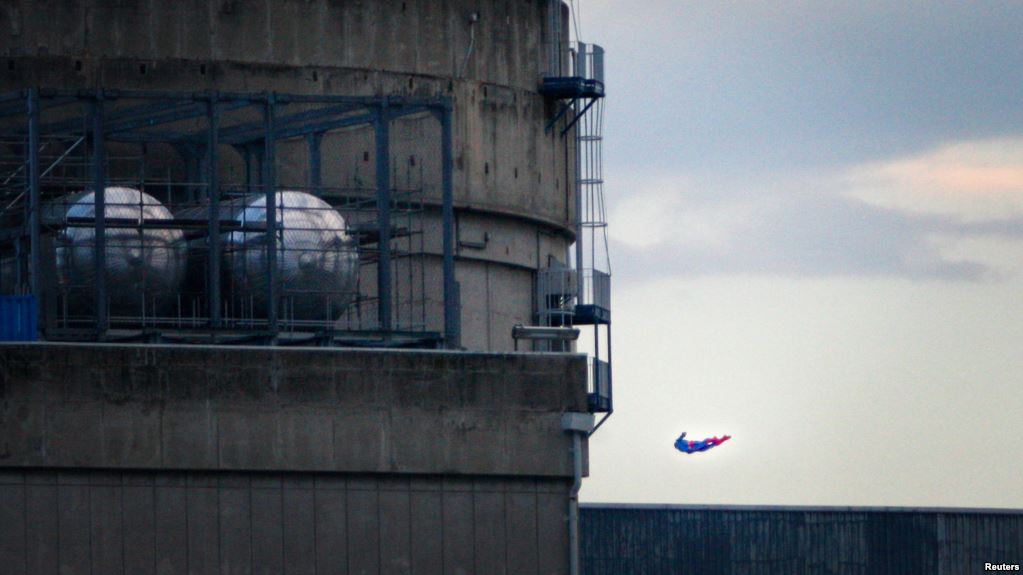 Greenpeace activists flew a Superman-shaped drone into a no-fly zone surrounding a nuclear plant near Lyons, France. Then, the Greenpeace pilot proceeded to crash the drone into the side of the nuclear facility, specifically against the wall of the plant’s spent-fuel pool building. The activist group claimed the stunt was meant to highlight security problems at nuclear facilities.

The stunt was utterly reckless and potentially very dangerous. Fortunately, the drone didn’t cause any damage. However, the drone did serve to make the group's point. The nuclear reactor was vulnerable to their drone and any other unmanned aircraft. “This action again highlights the extreme vulnerability of this type of buildings, which contain the highest amount of radioactivity in nuclear plants,” Greenpeace commented on the stunt.

Greenpeace’s stunt has shown that anyone can fly up-close to critical infrastructures, with zero to little facility security present. No one came out to stop them or ask them what they were doing; it seems like the facility didn’t even know the group was on facility property. It might be time for critical infrastructures and facilities to make drone detection and countermeasures part of their basic security practices.