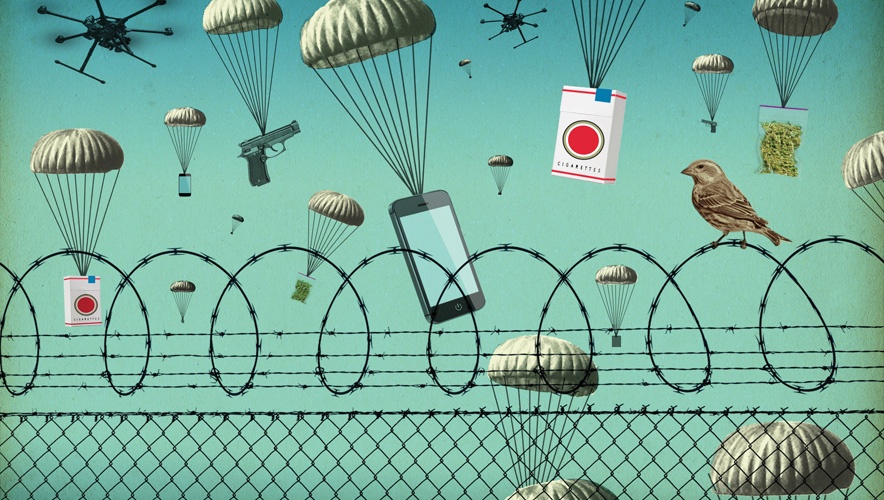 Clay Nix, director of the Georgia Department of Corrections Office of Professional Standards, said drone sightings at Georgia prisons are at an all-time high. 138 drones have been sighted near or over Georgia prisons since last July. Of the 33 state prisons, Autry is the biggest drone target with sixty-seven sightings.

Officials at Autry Prison told the Fox 5 team that one day the prison had as many as ten drones fly over the prison. Autry prison warden Walter Berry said he get alerts from the system through his cellphone and he averages at least one warning per week.

Warden Berry explained that the system does deter drones caught in the act as well. On February 3, 2018, the drone detection alarm sounded and prompted correctional officers to rush outside to scan the skies. The drone quickly retreated; however, it got stuck in a tree. Officers were able to retrieve the drone and discovered it was transporting two phones, four bags of crystal meth, and one bag of marijuana.

Nearby Calhoun state prison is testing a competitor’s counter-drone system. The prisons are still in the testing phase, making sure the systems work correctly. Warden Berry gave the Dedrone system an A-plus and expressed his desire for the system to become a permanent installation at the Autry Prison.