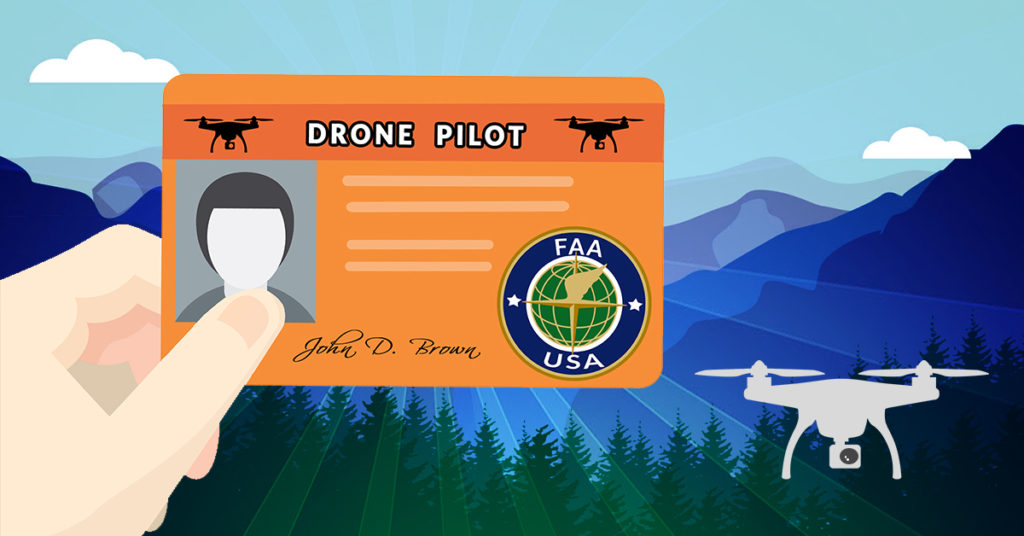 Flying a drone without pilot license? Go ahead, you may only get a warning

Of course, we are NOT advocating for commercial drone pilots to fly without a proper license. But what message is the FAA sending in the way it’s handling license violations? And how should the FAA be handling violations? It seems like there are more questions than actions when it comes to imposing the regulations.

Marketplace released an exclusive report about how the FAA has only punished one drone pilot with a mere warning. That incident happened when Jeffrey Slentz flew his DJI Phantom 3 over Kauffman Stadium before the Kansas City Royals played a game. Slentz wanted some overhead shots of the stadium for a rap video.

Police followed the drone to Slentz as he landed it, and according to Slentz, the officer was “looking for any way to penalize or arrest me.” Slentz also said, the officer “ made several calls to the FBI and the FAA.”

What punishment did Slentz receive? He received a warning letter prompting Slentz to get a drone pilots license. That is the only enforcement action the FAA has taken against unregulated commercial-drone pilots in more than a year and a half since the rules passed, according to the records obtained by Marketplace.

An FAA spokesman said that it is possible the agency may be handling violation allegations via education, not enforcement, which explains why MarketWatch’s Freedom of Information Act (FOIA) request for enforcement data only returned four records. The other three enforcement actions involved licensed pilots who violated drone operation rules. In all of those instances, either the penalty was a warning letter or the operator had to take a safety course at a local Flight Standards District Office.

Such was the case for Thomas Wasinski, who runs a small drone business in Hudson, Ohio called Aerial Agents. In January 2017, he posted a video on Facebook in which a drone flies over a local Jeep Wrangler parade. Wasinski told MarketWatch that he suspected people from the Facebook group reported his video to the FAA. The FAA reached out to Wasinski and requested he take a safety course.

The lack of enforcement has led licensed commercial pilots to wonder why they made an effort. Many say they know of drone businesses operating in their cities — often their competitors — who don’t have a license.

“It’s annoying that other drone businesses are operating without a license and I have no competitive advantage,” said Flo Minton, a Florida-based photographer who holds a remote pilot certificate with the FAA. “If you’re not going to enforce it, then why enact a regulation?” she asked.

As of Feb. 1, there were 73,157 people with an active remote pilot’s license in the U.S. However, Gartner estimated that nearly 285,000 drones were sold for commercial purposes in the past two calendar years, and Skylogic Research founder Colin Snow said he thinks there are significantly more businesses operating without a license.

“Even if you estimated the number of drones owned by each commercial operator at 1.5 per person, that’s still not even close to the amount of people who have a license,” Snow said.

The FAA announced rules for operating a commercial drone business in June 2016, and they went into effect in late August of that year. Those rules require anyone wanting to fly drones for profit to pass a written exam testing the operator’s aeronautical knowledge. With that comes a test fee of about $150, and pilots must also register, which adds $5.

By getting their license, commercial drone pilots must also agree to fly under FAA rules, such as not flying drones at night, in controlled airspaces (for instance, near airports), over people or beyond the operator’s line of sight, through waivers of exemption are available.

An FAA spokesman said it is up to state and local law enforcement to crack down on rogue drone pilots. The FAA has issued guidance suggesting officers collect evidence of illegal drone flights and immediately notify the nearest FAA Regional Operation Center.

“While the FAA retains the responsibility for enforcing Part 107, we also recognize that state and local law enforcement agencies are often in the best position to deter, detect, immediately investigate, and, as appropriate, pursue enforcement actions to stop unauthorized or unsafe UAS operations,” the spokesman said in a statement.

In 2015, pre-Part 107 times, the FAA proposed a $1.9 Million Civil Penalty against a company for alleged unauthorized drone operations. Many commercial drone operations wouldn’t want such a steep penalty. The $1.9M fine is, of course, an extreme example, but it shows that the FAA may be taking a more educational stance. A stance that won’t impede and stifle the growth of the commercial drone business industry.

As many commercial drone pilots don't want hefty fines and needless barriers to business, they do want safe skies and want to operate safely. Drone pilots that disregard rules and regulations give the industry a bad name. When a video surfaced on a drone flying over an airliner in Las Vegas, many drone enthusiants were quick to denounce the actions of this wreckless pilot and demand repercussions.

An FAA spokesperson added that the agency typically wants to educate, not punish, violators since there is still a lack of public knowledge about how to legally fly drones. As the commercial drone industry grows and matures it will be interesting to see how the FAA deals with violations. Let's hope it doesn't take a serious disaster to have a common sense approach to regulations.