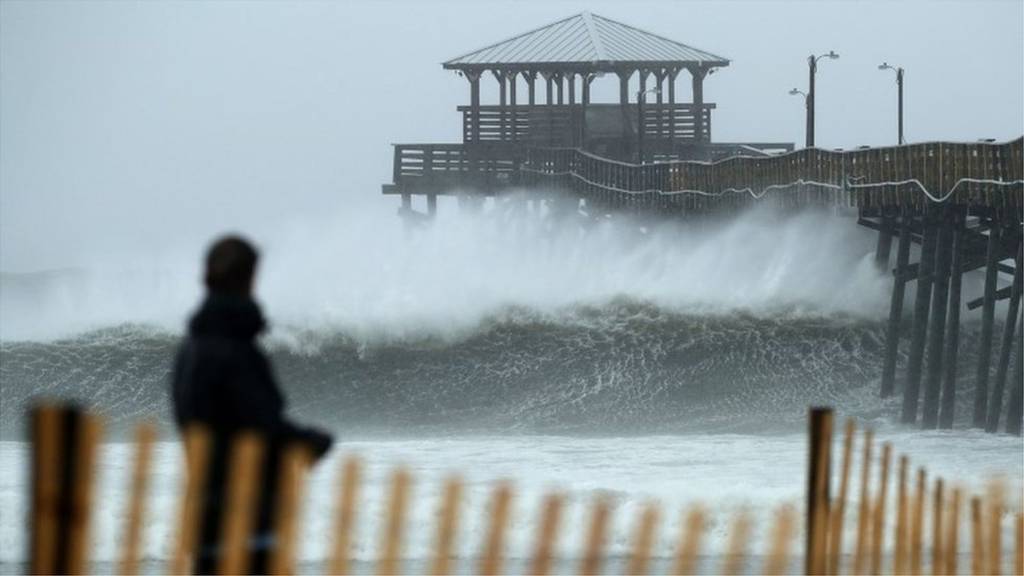 FAA warns drone operators to stay away from Hurricane Florence

The Federal Aviation Administration (FAA) is warning drone operators they may face significant fines that may exceed $20,000 and civil penalties if they interfere with emergency response operations in the areas affected by Hurricane Florence.

Today, Friday, September 14th, the FAA issued a Special Notice restricting drone operations supporting Hurricane Florence recovery efforts to an altitude of 200 feet above the ground while operating in North and South Carolina. The FAA also wants to remind pilots, that all drone operators are required to give way to manned aircraft at all times.

In the aftermath of the storm, many aircraft will be conducting critical response and recovery efforts; these aircraft will likely be flying at low altitudes over the areas affected by the storm. Flying a drone without authorization in or near the disaster area may unintentionally disrupt rescue operations and violate federal, state or local laws and ordinances, even if a Temporary Flight Restriction (TFR) is not in place, the FAA says.

Government agencies with an FAA Certificate of Authorization (COA) or flying under Part 107, as well as private sector Part 107 drone operators who want to support response and recovery operations, are strongly encouraged to coordinate their activities with the local incident commander responsible for the area in which they want to operate.

The North Carolina Department of Public Safety created the North Carolina Unmanned Aerial System (UAS) Disaster Response Database to provide local emergency managers and first responders with a list of qualified remote pilots who are willing to provide services to their community.

There is definitely a role for remote pilots to play in both disaster response and recovery operations, drone offer many benefits to these efforts. As much as drones can help they can also hinder as we saw during Hurricane Harvey. Fly safe and use your common sense out there!