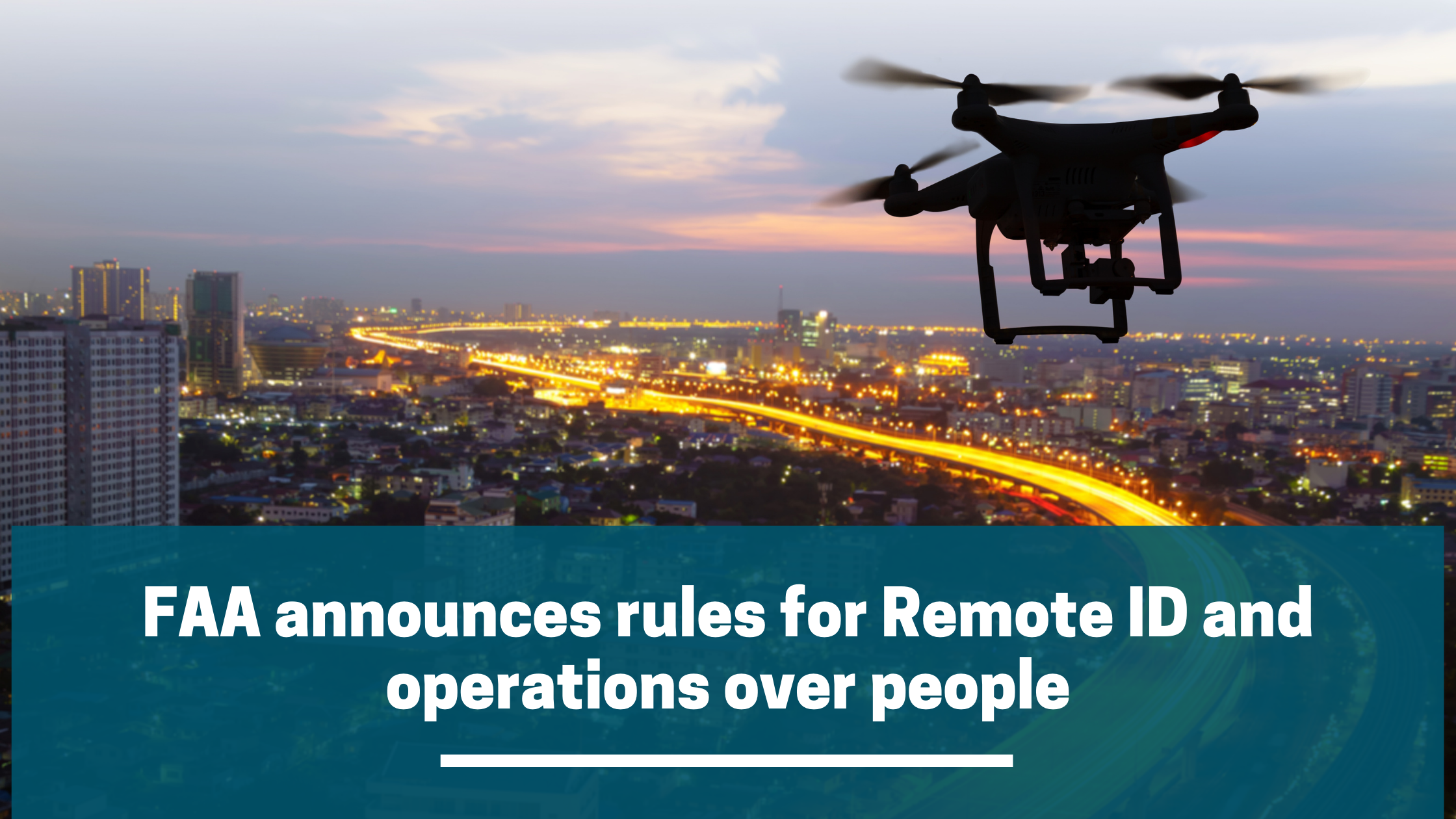 On Monday, December 28, 2020, the Federal Aviation Administration (FAA) published their final rules for small drones, also known as unmanned aircraft systems (UAS). According to the announcement, the new rules will require Remote Identification (Remote ID) of drones and allow operators of small drones to fly over people and at night under certain conditions.

The FAA said its long-awaited rules for the drones would address security concerns by requiring remote identification technology in most cases to enable their identification from the ground.

The rules will take effect 60 days after publication in the federal register in January. Drone manufacturers will have 18 months to begin producing drones with Remote ID, and operators will have an additional year to provide Remote ID.

“The new rules make way for the further integration of drones into our airspace by addressing safety and security concerns,” FAA Administrator Steve Dickson said. “They get us closer to the day when we will more routinely see drone operations such as the delivery of packages.”

The Remote ID rule (PDF) applies to all operators of drones that require FAA registration. There are three ways to comply with the operational requirements:

Drones represent the fastest-growing segment in the entire transportation sector – with currently over 1.7 million drone registrations and 203,000 FAA-certificated remote pilots. These new rules are crucial for companies like Amazon and Alphabet’s Wing subsidiary to operate drone delivery services on a large scale.