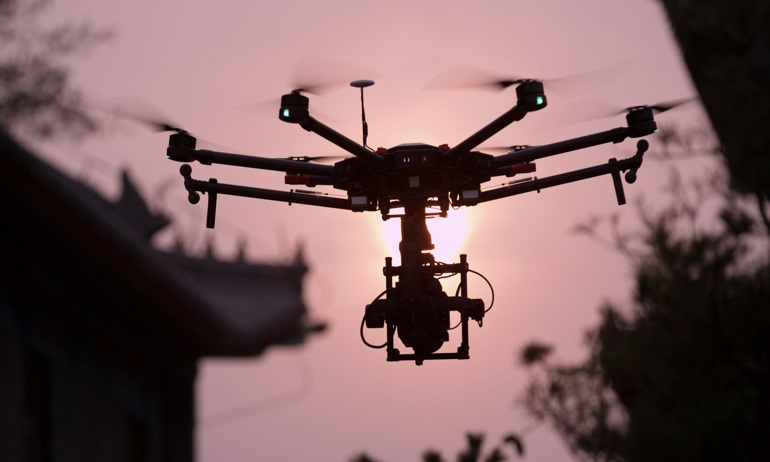 U.S. Border Patrol agents are increasingly worried about threats from drones flown by drug cartels after an uptick in drone sightings. Agents spotted 13 drones suspected of carrying drugs during a four-day period in November of 2017. The San Diego border area has seen the most activity.

Drug cartels are using unmanned drones to carry drugs across the southern border, challenging the U.S. technological ability to stop the advance. Cartels are aware of the lack of drone detection technology at the border, making drones a choice method for smuggling high-dollar drugs into the country.

“The moment drones started becoming household items, CBP (U.S. Customs and Border Protection) should have anticipated their use for criminal enterprise,” Judd told the publication. “Instead, and in typical CBP fashion, it waited until an issue became a crisis before it chose to act.”

This isn't the first time border patrol has encountered drones smuggling drugs across the border. In August of 2017, US border patrol agents intercepted a methamphetamine shipment delivered via drone on the US side of the border in San Diego County, California. The drone had successfully flown over the border fence and dropped off the cargo.

Agents detained the man who was on his way to deliver the drugs, the US Border Patrol said. They also found the drone, a DJI Matrice 600 Pro, which costs $4,999, hidden in the bushes. After the man's arrest, he admitted to using a drone to smuggle meth at least five or six times during the prior months. These prior drone smuggling events went undetected.

Defending against drones are inherently challenging and there are no policies in place, which is reportedly a source of frustration for patrol agents.

“We’re hoping that D.C. gets off the dime or starts getting ahead of the curve instead of being behind the curve, and gives us the tools to keep the country safe,” Christopher J. Harris, secretary of Local 1613 of the National Border Patrol Council told the Times.

Agents for the National Border Control Council expressed the need for drone detection technology and for budgets to include implementing such technology.