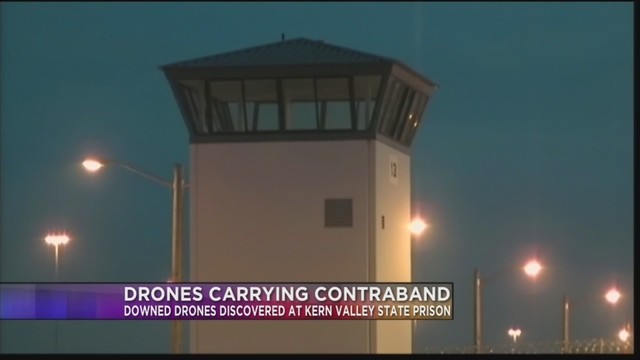 Court documents state the drone that crashed in September was modified with a "release mechanism" carrying "what appeared to be a black cloth like bag" which contained cell phones, chargers, and SIM cards. Documents state the drone lights "were covered with black electrical tape in order to prevent it from being seen at night."

The second case occurred in February 2018, and the drone involved made several contraband drops to the prison. Items found include numerous cell phones, chargers, headphones, SIM cards, drugs, and weapons.

The California Department of Corrections and Rehabilitation (CDCR) confirms it is investigating these cases. According to the CDCR, unauthorized drones crashing on prison grounds and seen flying overhead is an increasing issue throughout prisons in the state.

In a statement to Eyewitness News a spokesperson wrote, "CDCR is taking the increase in drone discoveries very seriously, just like we do with any contraband introduction. CDCR has seen a significant rise in unauthorized drones on prison property statewide in the past year. This has generated some concern regarding the safety and security, and the department is working diligently to mitigate the introduction of contraband into prisons, including through drones.”