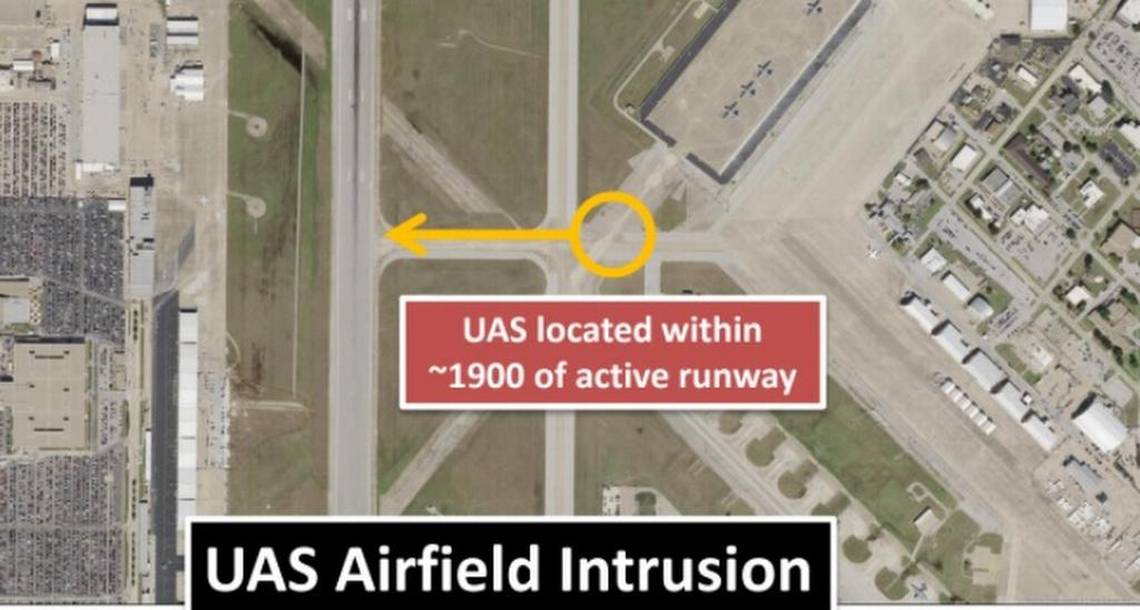 Drone with camera found on Fort Worth,Texas Military Base runway

A drone found earlier this month on a taxiway at the Naval Air Station Fort Worth Joint Reserve Base has heightened concerns about the devices in secured areas.

An F16 pilot reported seeing the drone on the morning of Jan. 6, 2018, and the device, which carried a camera, was found by airfield staff, according to base reports.

The drone found on the runway was a Promark Drone P70-CW with a built-in WiFi signal, battery-powered, automatic takeoff and landing, and the ability to the ability to stream, record and photograph live footage to smartphones.

The report on the latest drone at the Fort Worth base was announced Monday, Jan. 22, 2018, during a regional coordination committee meeting between cities and the military base.

Fort Worth Councilman Dennis Shingleton expressed that situations like these are a danger. "The city is not opposed to the devices," Shingleton said. "But they (drone owners) have to take a certain amount of responsibility with them, and not fly them in secured areas or near active runways."

"The drone itself has been turned over to the Naval Criminal Investigative Services," base spokeswoman Karin Krause said in a Tuesday email. An investigation into the incident continued this week. The drone owner has yet to be identified or located.

This drone is the second reported unmanned aircraft at or near the Fort Worth base since last summer. Last summer, a drone was spotted flying over Lockheed Martin and airfield staff, but the device departed the area before authorities arrived.

Earlier in January, authorities at Vance Air Force base in Oklahoma asked drone owners to keep drones away from the military base after a near collision with an aircraft.