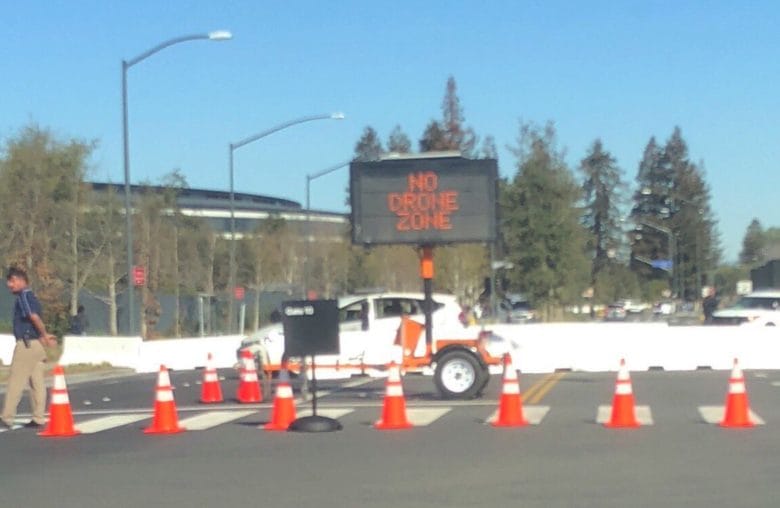 Apple recently made efforts to stop drone photographers from snooping on its new HQ by declaring the campus a “no drone zone.”  Even attendees of last week’s meeting, tweeted photos of “no drone zone” signage posted around Apple Park.

But that didn’t prevent one recreational drone photographer from attempting to fly and record footage over Apple Park. The incident was reportedly an accident with little to no damage. The drone did find itself a new home, on the roof of Apple Park. Fortunately, video captured the drone's demise; you can watch it unfold from the UAV’s point of view:

Even after completion of the new campus, Apple still has much to keep secret. During annual investors meeting, CEO Tim Cook declared that Apple has “so much confidential stuff around and keeping stuff confidential is the bane of my existence now.”

Last year, Apple reportedly hired a security force intended to stop drone flyovers at its campus. One drone pilot reported being stopped by a security guard with the “express purpose” of thwarting drone flights.