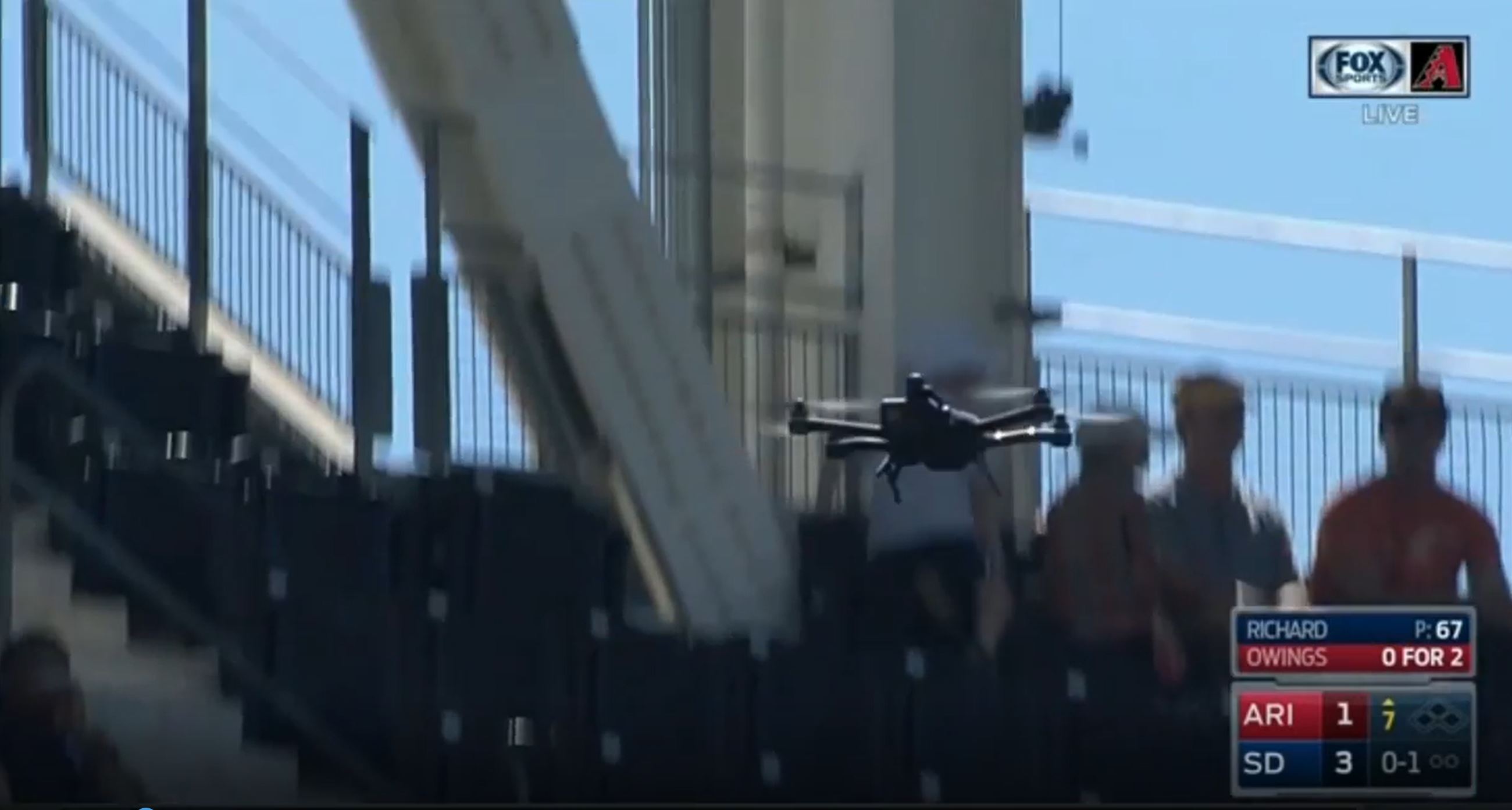 Those in attendance at the Padres vs Diamondback MLB game saw an unexpected guest visitor during the seventh inning. A drone operator flew a drone inside the stadium. The drone flew around for a few minutes then met it's demise when it crashed into seats in the upper deck.

This incident did not lead to any injuries, but it did raise security concerns for sporting events. “This incident highlights the dangers posed by unauthorized drone use in proximity to large public venues like Petco Park,” Padres Chief Operation Officer Erik Greupner said in a statement.

Luckily this was only a stupid yet innocent mistake with no ill will intended. But it is easy to imagine a more malicious scenario where a drone insights terror and harm. Event coordinators and organizers for sporting events, festivals and concerts will need to rethink their event security plans to include protection from the looming threat of a drone attack.