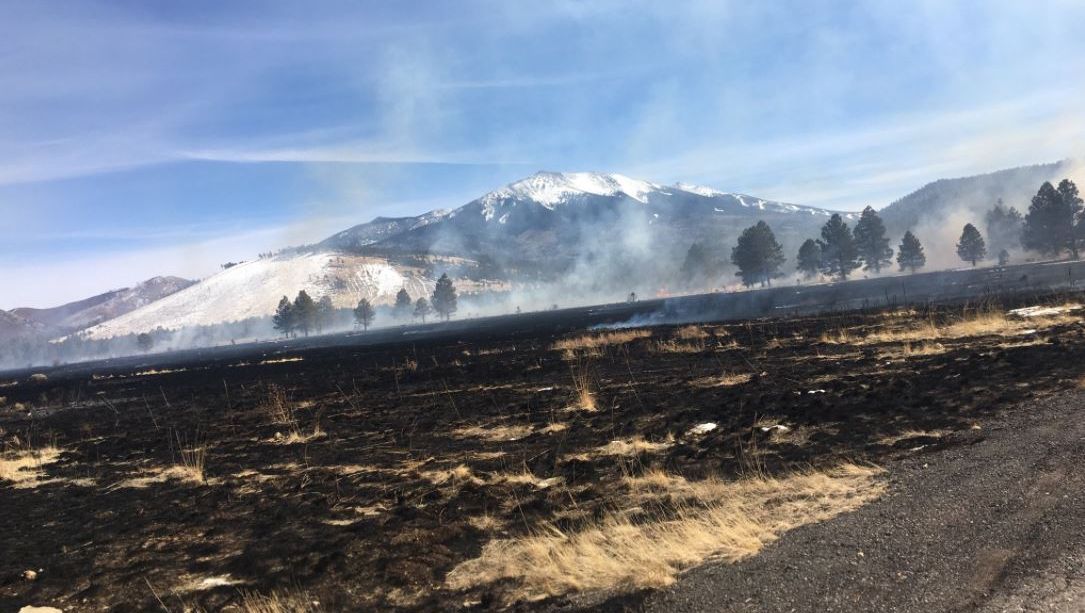 A "personal drone" burst into flames, sparking a wildfire that quickly grew to more than 300 acres in northern Arizona, officials said.

The Kendrick Fire started on Tuesday afternoon, about 12:35 p.m., after a drone crashed in Kendrick Park, and quickly blackened about 335 acres of grass before crews stopped its spread, Coconino National Forest spokesman George Jozens said.

About 30 firefighters from the U.S. Forest Service and Summit Fire and Medical worked to control and extinguish the fire. Fire officials confirmed that the firefighters had contained the fire and they will continue to monitor the area overnight.

Officials did not release any information on what may have caused the crash or any details on the drone model.