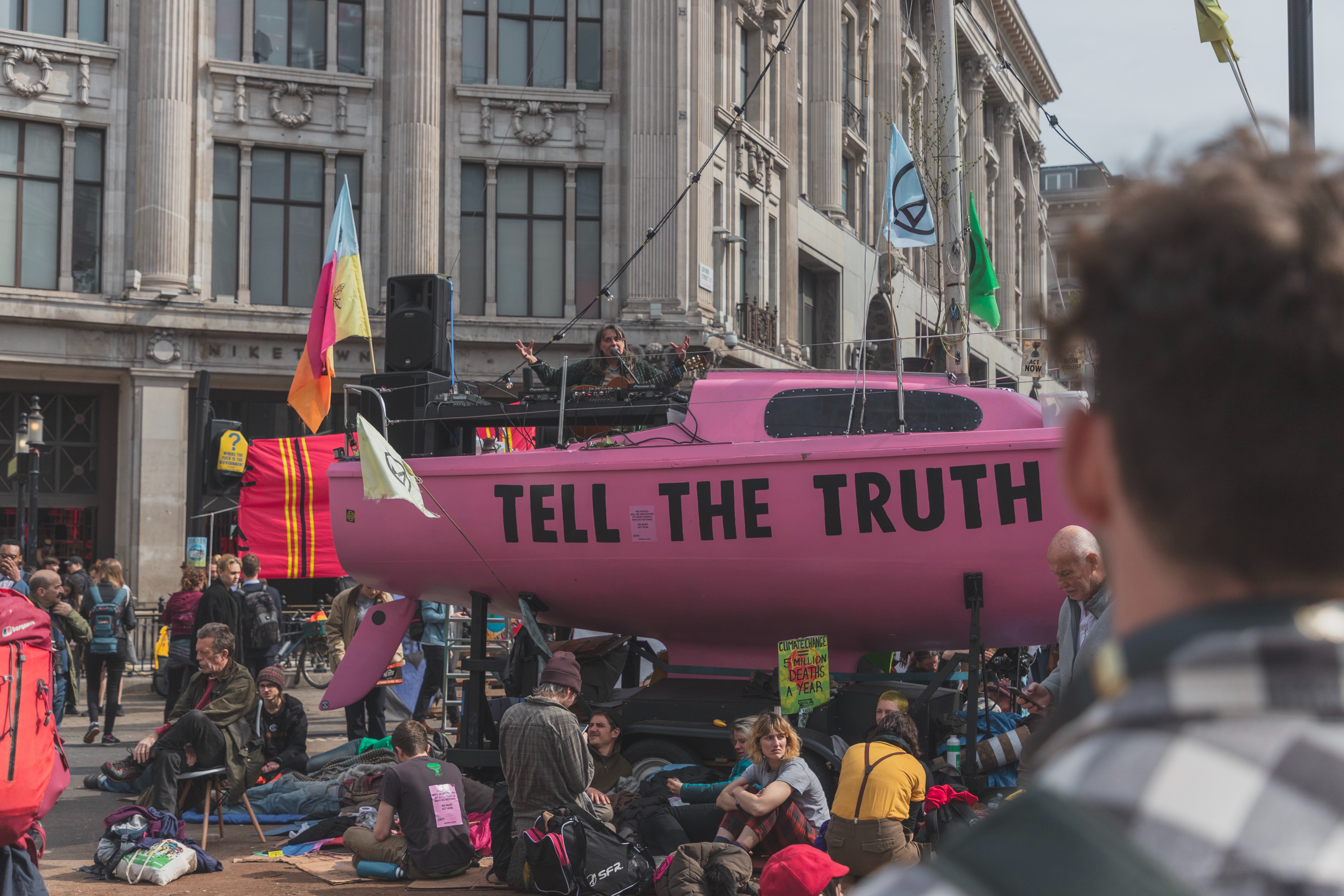 Extinction Rebellion, a climate change activist group, warns they will use drones to shut down London's Heathrow Airport this summer in a campaign to stop the construction of a third runway.

The activist group is planning a series of protests against the airport expansion. The group has asked supporters "to carry out nonviolent direct action to ensure Heathrow Authorities close the airport" on June 18. Then, the group will protest again starting on July 1 for up to ten days if the construction of the third runway does not stop.

Naturally, Heathrow Airport officials have come out in opposition to the group's plans, calling it a "reckless action."

On Friday, a spokesperson for the airport said: "we agree with the need to act on climate change, but that requires us to work together constructively – not commit serious criminal offenses just as hardworking people prepare to spend a well-earned holiday with their family and friends."

It's not hard to know where the activist group got the idea. In December, the world saw how a couple of drones were able to shut down Gatwick Airport for three days. Since the incident at Gatwick, law enforcement and airport officials have been on high-alert.

British law enforcement plans to be ready and will not tolerate illegal drone use.

London's Metropolitan Police commissioner recently commented about the protests saying police will be “very, very fast and assertive about getting people arrested and getting obstructions where we can lawfully out of the way quickly.”

The British Civil Aviation Authority(CAA) says: “You must not fly within the Flight Restriction Zone of a protected aerodrome.” It is illegal to fly a drone within 3.1 miles (5km) of Heathrow Airport.

Are drones the new method of protest for activists?

This isn't the first time protesters have used drones to get a point across. Last July, Greenpeace used a drone to show the vulnerability of critical infrastructures in France. The activists crashed a drone into the side of the nuclear facility. The group claimed the stunt highlighted security problems at nuclear facilities. In January 2019, Greenpeace used drones to drop smoke bombs onto the roof of a building containing irradiated fuel.

There have been many reports of animal rights activists using drones for aerial surveillance of farms, ranches, and research facilities. Animal welfare groups have also used drones to disrupt and film hunters. Activists can live stream video footage from their drones on social media platforms. In some cases, groups do find evidence of extreme animal cruelty. Many of the animal welfare groups do not intend to harm anyone with drones, but their drone surveillance has sparked many debates on privacy and led states to adopt laws to protect farms.

Any person or groups using drones in ways that could harm people, destroy buildings, or threaten aviation safety should be condemned and treated as criminals. Whether we call them activists, eco-terrorists, or just criminals law enforcement and private-sector security directors need to be aware of this new type of criminal misuse of drones.