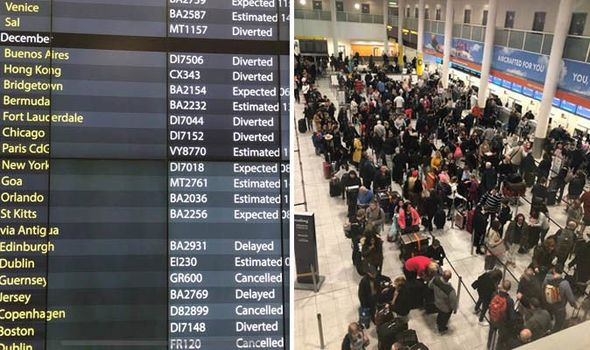 London’s Gatwick airport has called in the army after police were unable to stop incursions by illegal drones that have closed the hub for close to 20 hours, disrupting travel plans for as many as 115,000 passengers.

Around 9 p.m. Wednesday night, Gatwick Airport closed after sightings of two large drones flying above the airfield. The airport reopened six hours later, then was forced to shut down 45 minutes later after another round of drone sightings.

Police believe the drone activity is a deliberate act to disrupt the airport. “However, there are absolutely no indications to suggest this is terror-related,” Gatwick police commander Superintendent Justin Burtenshaw said in a statement. "Every time Gatwick tries to reopen the runway, the drones reappear," said Transport Secretary Chris Grayling as he describes the chaos at Gatwick Airport. Grayling also said the drones are not small consumer drones; operators are flying larger commercial drones over the airfields.

This afternoon the Gatwick Airport CEO released this official message, which apologizes for the delays and reassures passenger that their safety is paramount. Until the drone activity has stopped, all flights in and out of Gatwick Airport have been suspended, and the airport will remain closed at this time.

Anyone whose travel plans have been affected by the drones at Gatwick Airport should check the Gatwick website or official twitter for updated information.