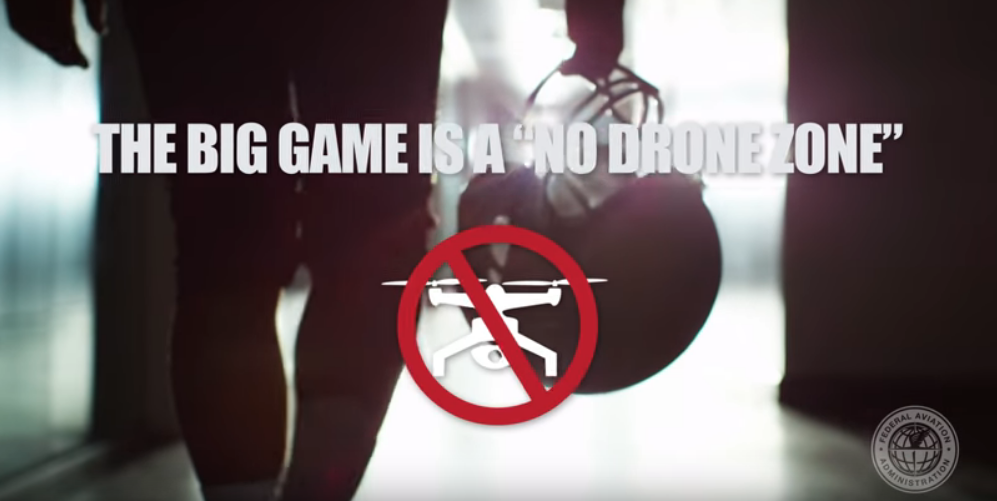 Atlanta Police Department and the Federal Aviation Administration (FAA) want to remind the public that no drones are allowed around sites hosting events related to the Super Bowl. Drones will be prohibited around and over the stadium starting at 10 a.m. on Jan. 31st.

Atlanta Police Department sent out a tweet reminding the public to leave their drones at home. The “NO DRONE ZONE” extends beyond Mercedes Benz Stadium to these other event sites: Georgia World Congress Center, State Farm Arena, Olympic Part, and the Fox Theater.

The FAA released an announcement stating the airspace around Mercedes-Benz Stadium in Atlanta is a “No Drone Zone” for Super Bowl LIII, on Feb. 3, 2019, and during three days leading up to the event. The drone restrictions begin at 10 a.m. on January 31, 2019.

The FAA warns that pilots found violating the temporary flight restriction could face fines to $20,000 and criminal prosecution.