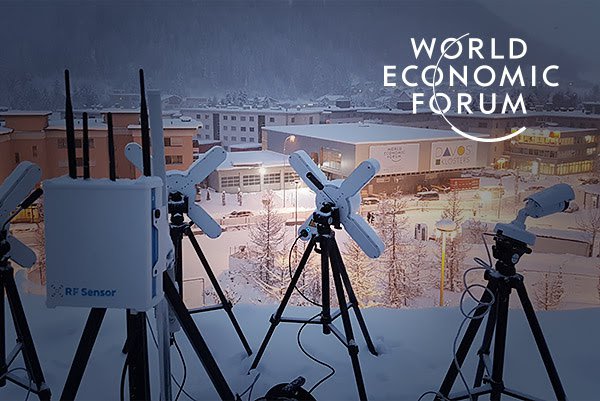 The World Economic Forum meeting in Davos brings together leaders, billionaires, and investors from all over the world. This year's annual meeting will host Indian Prime Minister Narendra Modi, U.S. President Donald Trump, Israeli Prime Minister Benjamin Netanyahu, German Chancellor Angela Merkel, and U.K. Prime Minister Theresa May, along with 70 other heads of state, 38 global CEOs and 3,000 delegates and members of the media.

As with any other high-profile public event, security is paramount at this four-day meeting in the ski resort of Davos, Switzerland. Security forces will outnumber visitors at Davos this week, with airspace restrictions and 5,000 armed personnel.

“With Dedrone, we have found a completely reliable and innovative partner who complements our protective measures in the area of drone defense with their technology,” a Graubünden Canton Police spokesperson said.

“The meeting is headlined by the world’s most compelling politicians, scientists, and leaders, who have security teams dedicated to every aspect of their travel. The police of the Canton of Graubünden recognize the risks that drones pose, and for the second year in a row, have relied on Dedrone’s technology to protect their airspace,” explains Dedrone CEO Joerg Lamprecht.