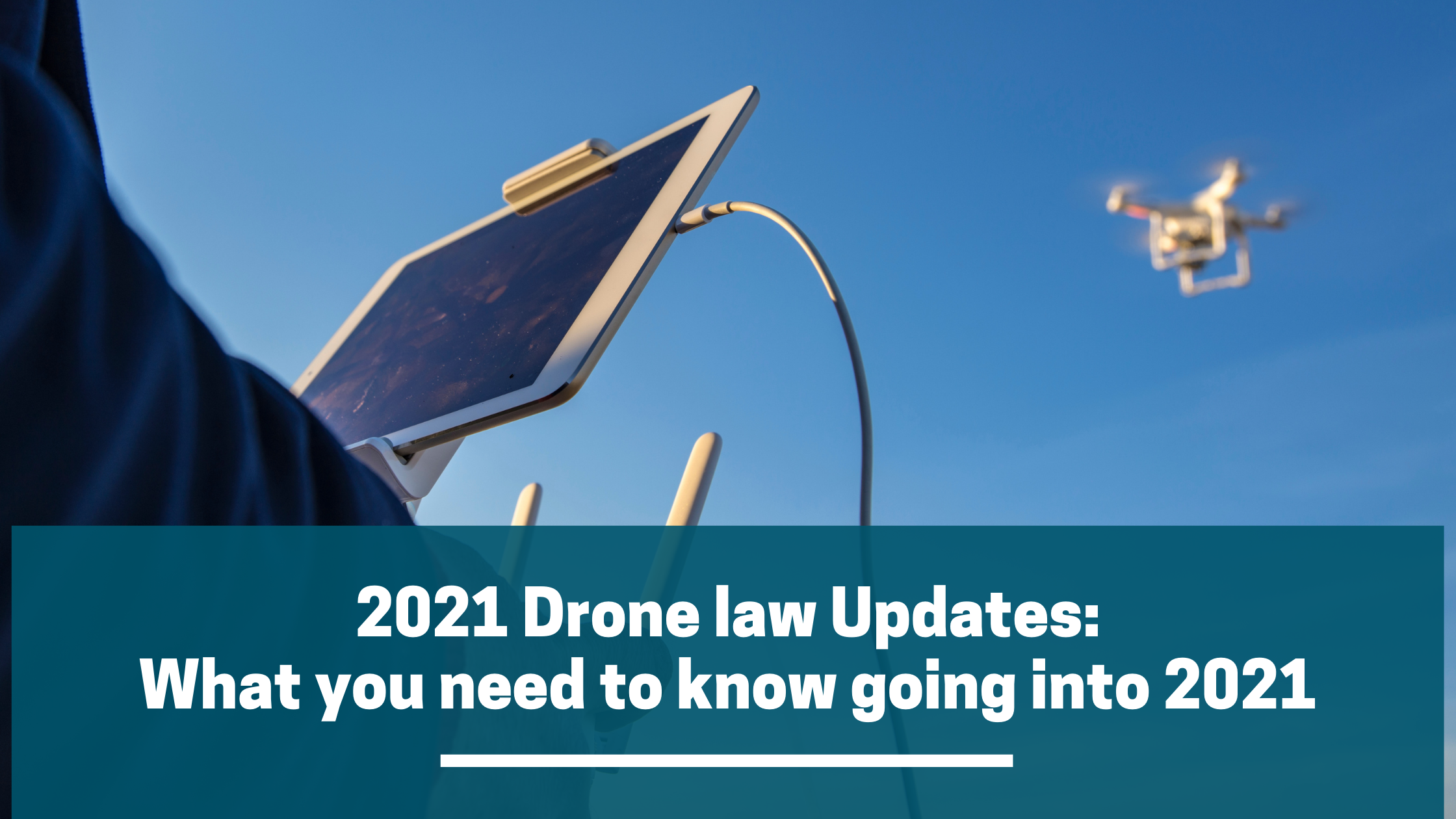 On December 28, 2020, The FAA finally released the final rules for Remote ID and flying UAS over people. Remote ID is widely said to be essential to allow for the drone industry’s growth. These new rules are poised to change the national airspace and propel industries into the future. You can read more about the new FAA regulations here:

While 2020 was not an eventful year for new drone laws on a state level, we can anticipate an increase in the number of states adopting legislation as more complex drone flights take off. The new FAA regulations could have profound impacts on 2021 state drone laws.

Since our last drone law update, the state of Virginia passed one new law.

Virginia HB 5049 (Chapter 55) was passed by Governor Ralph Northam on November 18, 2020. This new law will go into effect on March 01, 2021. The section of the law pertaining to drones states “that no state or local law enforcement agency shall acquire or purchase (i) weaponized unmanned aerial vehicles.”

In late 2020, numerous states introduced drone legislation. Those are as follows:

Florida Senate Bill 44 was introduced on December 28, 2020. If enacted, it will go into effect on July 1, 2021. SB 44 seeks to expand the authorized uses of drones by law enforcement agencies, by a state agency or political subdivision, or by certified fire department personnel for specified purposes.

Michigan Senate Bill 1156 was introduced on September 30, 2020. This bill seeks to prohibit the use of unmanned aircraft over water treatment plants.

New Jersey Assembly Bill 4761 was introduced on October 08, 2020. This law would permit public utilities and cable television companies to operate unmanned aircraft systems to inspect storm or other damage.

Tennessee Senate Bill 16 was introduced on December 11, 2020. This bill seeks to authorize law enforcement agencies to use a drone without a search warrant to provide or enhance security for a public event, including a concert, athletic event, festival, protest, or other outdoor event. The bill would also extend the time within which law enforcement must determine whether evidence collected by a drone may be retained or deleted from three to 30 days.

Texas Senate Bill 149 was introduced on November 09, 2020. This bill relates to the prosecution of the offense of operation of an unmanned aircraft over certain facilities. It adds military installations to the list of “critical infrastructures.”

While we are only a week into 2021, New York has already introduced new drone regulations.

As we said before, with the new FAA regulations, we can expect 2021 to be a busy year for state-level UAS regulations. We will continue to bring you updates as new legislation is introduced and passed.

911 Security publishes an annual report that compiles all the drone laws for every state in the US. You can download a PDF version of 911 Security’s report here.