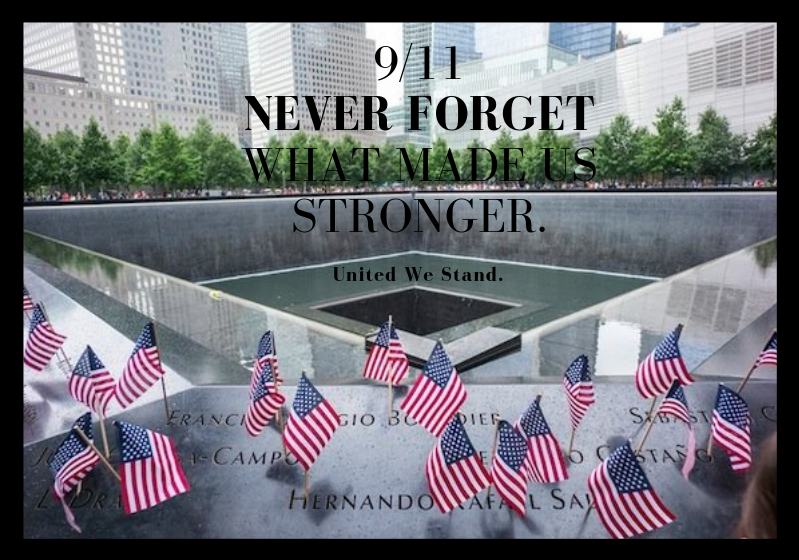 17 years since the 9/11 attacks: What security threats do we face today?

One plane crashed into the Pentagon in Arlington, VA

One plane believed to be headed to Washington, D.C. crashed into an empty field in western Pennsylvania after passengers fought back

A total of 2,977 people were killed in New York City, Washington, D.C., and outside of Shanksville, Pennsylvania. More than 6,000 people were injured.

10:28 a.m. ET - North tower of WTC collapses. The time between the first attack and the collapse of both World Trade Center towers is 102 minutes.

$123 billion - Estimated economic loss during the first 2-4 weeks after the World Trade Center towers collapsed in New York City, as well as decline in airline travel over the next few years.

$40 billion - Value of the emergency anti-terrorism package approved by the US Congress on September 14, 2001.

$15 billion - Aid package passed by Congress to bail out the airlines.

The events that took place on 9/11 changed how the U.S. saw and dealt with terrorism; it wasn’t something happening “over there” anymore. The Department of Homeland Security (DHS), created in the wake of the tragedy, is the leading U.S. government entity to prevent terrorism. The DHS unified and integrated 22 different federal departments and agencies under one roof. Duties of DHS extend far beyond terrorism including border security, emergency management, human trafficking, and cyber crimes.

The U.S. intelligence community must also be commended for their work since the 9/11 attacks. The FBI and NSA have worked together to foil hundreds of terrorist plots. While there hasn’t been another 9/11 al-Qaeda directed attack on American soil, there have been terrorist-inspired attacks such as the 2013 Boston marathon bombing, the 2015 San Bernardino shooting, and the 2016 Orlando nightclub attack.

From overseas terrorist plots to home-grown plans, the U.S. is still battling terrorism daily. Today's landscape of social media makes it easier for terrorist groups to gain followers and foot soldiers from across the globe, giving rise to the homegrown terrorist.

9/11 seemed unthinkable, and many didn’t see that method of attack coming. Today, we face new threats of drones and cyber attacks. A few years ago, it was unimaginable that drones would be used in an assassination attempt against a president. Armed-drones are now a reality. Drones are one of the most significant emerging threats to national airspace security.

Cyber attacks and drones are particularly worrisome because these threats are outpacing defenses. Whether nation-state hackers or criminal groups target individuals, institutions, or industries, attacks can cripple our economy and interfere with our democracy.

People fall into two camps on security issues: reactive and proactive. Many are sitting back waiting for an incident in their backyard to take action. We know drones are a threat, capable of causing much harm, why wait for something bad to happen when we can be proactive and prevent or soften the devastation before it ever it happens.

One problem is the lack of regulations and outdated laws that prevent the federal government from accessing counter-drone technology. The DHS and DoJ are asking Congress for permission to use drone disabling technology. Both the House and Senate have pieces of legislation that would allow the DHS and DoJ to use counter drone technology to protect against malicious drone attacks.

While it is still illegal to shoot down drones or disable their communications by use of jammers, we can manage the threat of drones by detecting and mitigating the threat. Drone detection allows you to track and identify drones in your airspace. Giving you precious time to act by locating the pilot, anticipating the flight path, and stopping whatever malicious intent the drone pilot may have.

There isn’t one type of security or technology to prevent drone attacks. However, by taking a proactive, multi-layered security approach, you can avoid and mitigate malicious drone incidents. You can stop drones from spying, gaining illegal access to your data, delivering dangerous contraband to your prisons, and compromising your security.

Since 9/11, the threats have changed, terrorist organizations have changed, and technology has changed. Our vulnerabilities have expanded to include drones, cyber attacks, and public health crises. We shouldn’t stand back and let the next 9/11 happen.