The most popular rotorcraft platform is the quadcopter. This provides for a stable and simple to operate UAV that can carry a wide variety of payloads, landing and taking off in a small space, and being harder to detect than many of the other UAV configurations due to small size and quiet rotors. Examples of various rotorcraft are shown below: 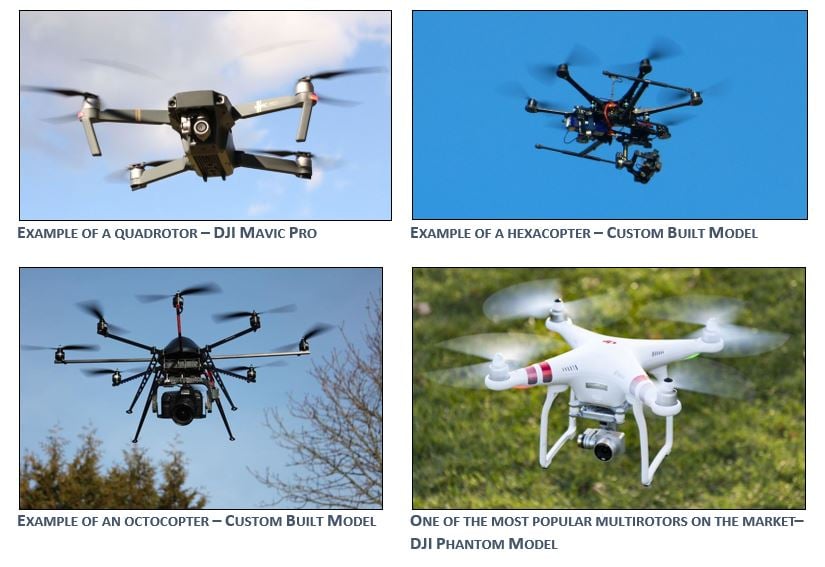 How Does a Quadcopter Fly?

To calculate and mitigate risks associated with rotorcraft, it is helpful in having a basic understanding of how an aircraft operates. This allows the entity concerned with mitigating risks posed by UAVs to understand the aircraft's limitations.

Prior to analyzing a multirotor, one must realize that a multirotor is comprised up of three main components; 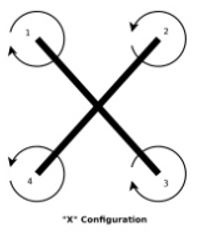 When controlling the multirotor, the gyroscope and control unit on the aircraft will determine which motors to slow down or speed up depending on the control input received from the pilot. The below figure explains the reactions seen on the quadrotor based on the inputs received from the pilot. The green rotors represent the motors slowing down, and the red represent the motors speeding up. 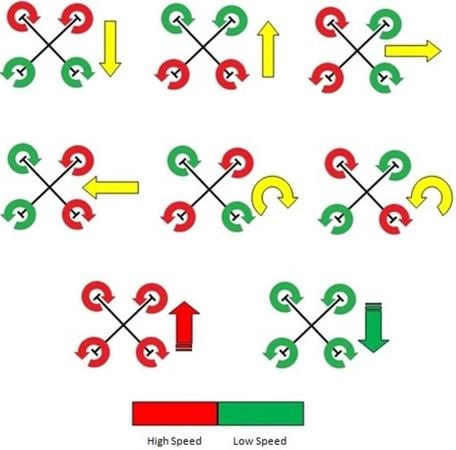 Can a quadcopter be used maliciously?

This category is one of the most versatile in the UAV industry. This is because this aircraft can take off and land vertically, meaning that it requires very little room for operation. This aircraft also can hover, switch directions almost instantly, and can carry relatively heavy objects. This makes the multirotor the most widely used platform in the UAV industry.

This is also the easiest category of aircraft to be programmed to fly autonomously, meaning the UAV has a “set” mission and there is no pilot behind the operation of the UAV. This is because of the ability to change direction and altitude quickly to avoid objects along the programmed route.