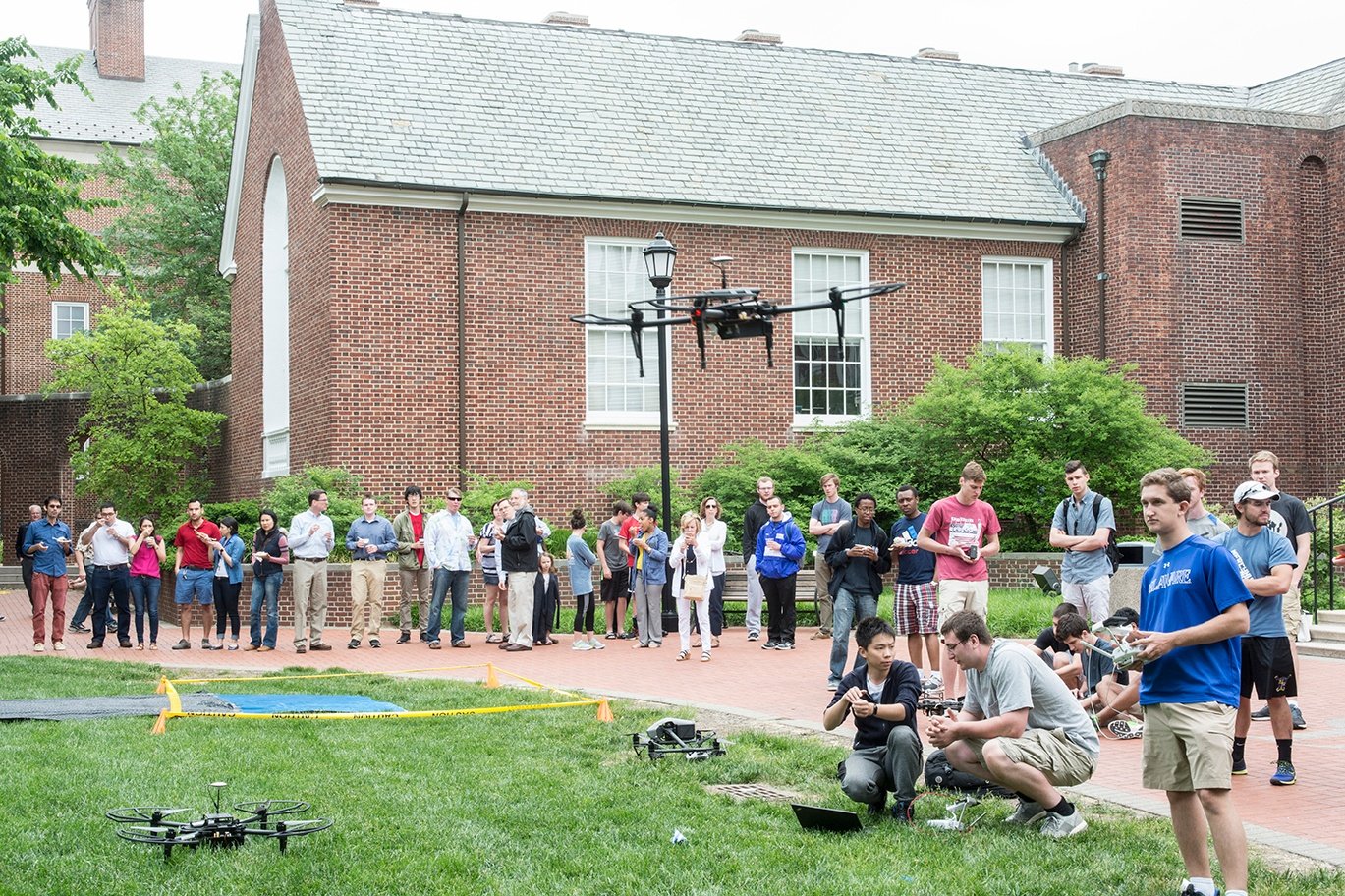 5 Threats that drones pose on a University Campus

Colleges and universities face unique challenges and concerns when it comes to drone security. While students or those in the 18-22 age group may enjoy flying the recreational aircraft, they pose a significant threat to privacy and security on college campuses.

To put it simply: The FAA (The Federal Aviation Administration) cannot require recreational drone owners to register their drones any longer. In May 2017, a federal court overturned a 2015 regulation that required the registration of these devices with the government.

But what does that really mean?

It leaves universities at higher risk since there is no way to track which students may have access to the unmanned aerial vehicles.

Recreational drones are fun, and they can be used in various educational arenas, but they also introduce several problems that college officials likely want to avoid. From reducing the risk of injury to privacy concerns, additional security measures can help universities ensure that their students are safe.

Student privacy is essential when running a university. Whether it’s financial data, addresses, class schedules, or disciplinary details, students (and their families) should be protected from a breach. Between savvy hackers (some college-aged themselves) and other high-tech methods of extracting data, it’s hard enough to protect confidential information.

According to Emberify, the number of drones that come equipped with cameras almost quadrupled between 2014 and 2015. That number is certainly higher now. This feature alone raises plenty of privacy concerns.

It’s no secret that fear levels are rising on university campuses. A study conducted by the New York City Crime Commission showed a 153% increase in campus shooting incidents between 2001 and 2016. Those numbers could go up if drones are used to transport weapons, or even act as a weapon.

And gun violence isn’t the only threat on campus. The United States Department of Justice says that 25% of all female college students will be a victim of sexual assault. Drones that have cameras could pose a potential threat to students via spying or capturing photos, like these women experienced. The use of additional safety measures would provide an extra level of comfort and security for all students on campus.

College isn’t easy, but students are getting smarter, especially when it comes to finding new ways to ensure they score well on a test. Many drones are capable of recording video and audio, most of them can also be difficult to spot. It wouldn’t be impossible (or even very difficult) for a creative student to figure out a way to snag exam answers using a drone. Security measures would help ensure that all students earn their grades the old fashioned way.

Students learn a lot more than economics and history while attending a university. They are learning to live on their own and experience life independently. That also means that some students will get themselves into trouble. While most college campuses have explicit rules about what type of items students may bring on campus, drones can be an effortless way to skirt the rules, by transporting items (fireworks, alcohol, drugs, etc.) between students.

While drones are fun to use in class or for entertainment, they can also be dangerous. If they fall or crash into a student, they could injure someone. Drones also pose a threat to private property. A college cannot afford to be financially or legally responsible for damage or medical expenses caused by drones on their property. Utilizing a security system can help on-campus police monitor drone activity to ensure the safety of all.

In addition to drone surveillance, universities should consider creating a clear policy regarding the use of drones on campus, and consequences for students who thwart the rule. Setting a clear policy for students helps reduce on-campus threats, so that any threat coming from off campus, is more readily recognized. Campus policy paired with drone security provide a more comprehensive level of protection.

University leaders can ensure that students on campus are safe by implementing a security system. All universities must consider modern technology and the changing trends in security.