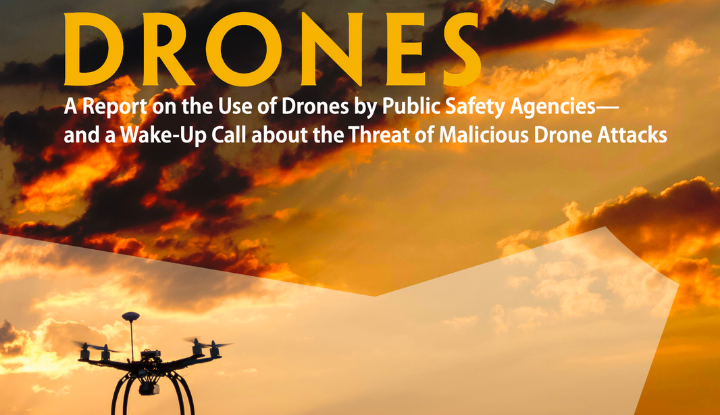 The Department of Justice, Office of Community Oriented Policing Services (COPS) has released a report on the use of drones by public safety departments as well as the threat posed by malicious drones. You can find the full report here: https://www.policeforum.org/assets/Drones.pdf

Drones A Report on the Use of Drones by Public Safety Agencies— and a Wake-Up Call about the Threat of Malicious Drone Attacks covers drone issues from both ends of the spectrum: departments using drones to aid in public safety and defending against drones to commit crimes such as terrorist acts.

The 116-page report is broken down into three chapters: Chapters 1 & 2 focus on police departments establishing a drone program and covers topics such as budgeting, selecting equipment, and training. While Chapter 3 centers on drone threats and counter-drone technologies.

Studies show that police departments that engage with their community before establishing a drone program are having more success and are less likely to receive pushback from citizens. All aspects of a drone program should be thoroughly examined, with set goals before drafting a drone policy template and adding drones to daily police operations.

How are drones used by public agencies? 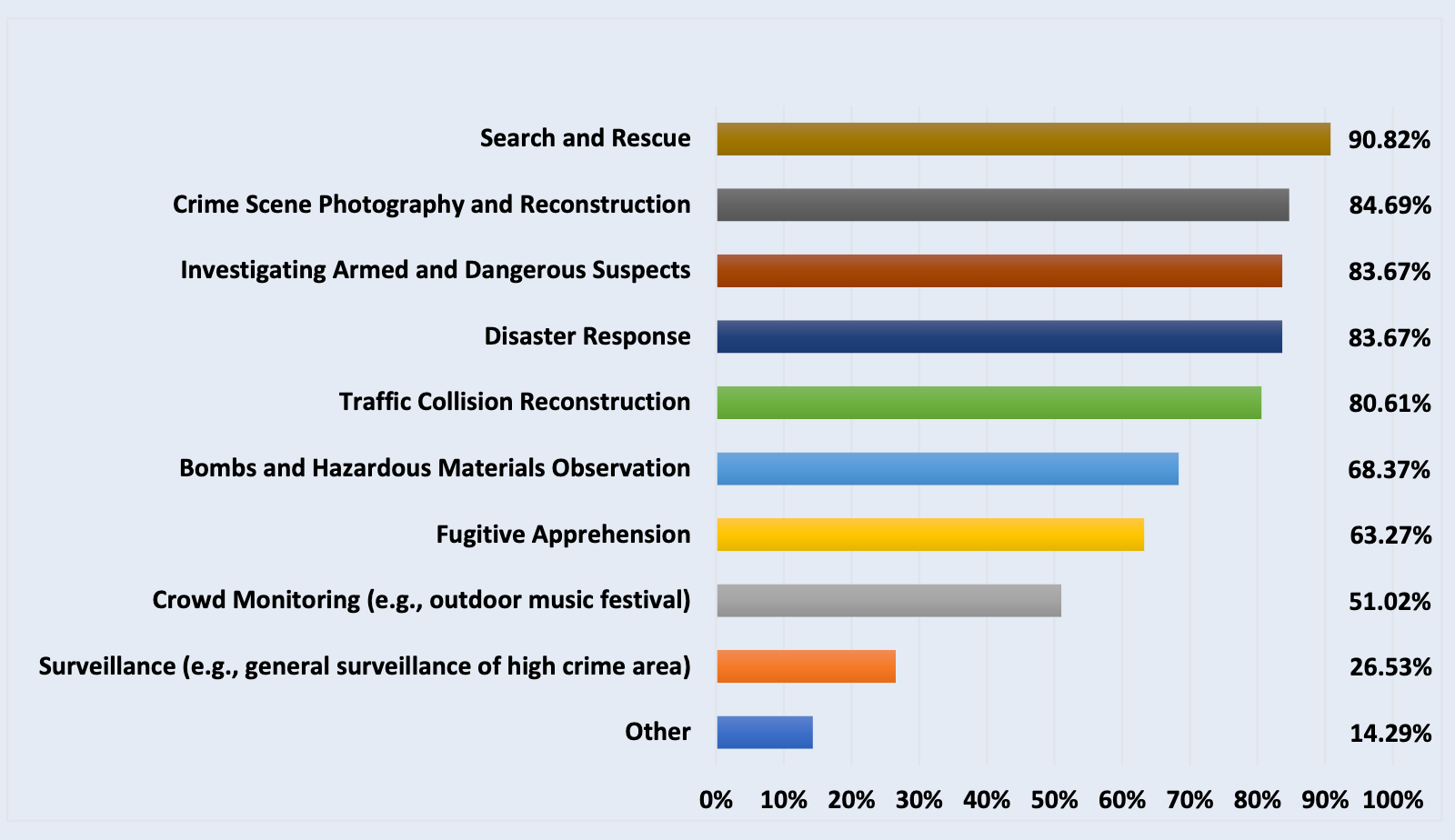 Many federal and local law enforcement agencies have begun to explore counter-drone strategies at major events and mass gatherings such as the Super Bowl. The report promotes the use of drone detection by “federal, state, and local lawmakers and government officials, including law enforcement officials.” It suggests they “should accelerate their efforts to address these issues as soon as possible.”

The report cites the September 2019 drone attack on Aramco oil facilities in Saudi Arabia, giving warning that “the United States must not wait until it suffers a drone attack to undertake large-scale efforts to develop strategies by law enforcement agencies at all levels of government for (1) identifying drone threats and (2) mitigating drone threats in real time.”

The latest report from the DOJ reminds the law enforcement community that the new federal law does not provide authority to state and local police to disable threatening drones. Only certain federal agencies are given these new powers. However, state and local police agencies can apply to seek assistance from the departments of Homeland Security and Justice, which can use their authorities under the Act upon request from the chief executive officer of the state or territory concerned.

The report warns that the current level of danger from a drone attack is high and recommends that state and local police should begin the process of acquiring drone detection devices that they can lawfully use, learning how to use them, and working to protect major events against drone attacks unilaterally and in concert with federal law enforcement officials.

Brendan Groves, Senior Counsel to the Deputy Attorney General at the DOJ, suggests that local and state-level law enforcement can’t always rely on federal agencies for major events. Many cities are home to many major events each year, can’t all rely on the federal government. There aren’t enough human resources to have federal agencies operating at each event. Local police departments must prepare themselves for a drone threat against mass gatherings.

There are two core capabilities in counter-drone technology: detection and mitigation. Law enforcement agencies must adhere to federal regulations and seek approval before implementing either type of counter-drone capability.

When using drone detection, Groves also recommended that agencies should consider using and integrating multiple methods of detection—combining radar with electro-optical and infrared (EO/IR) cameras or combining lawful RF detection tools with acoustic sensors, for instance. This “system-of-systems” approach reduces the risks inherent in relying on any single sensor, which is unlikely, standing alone, to detect drones with perfect accuracy. Sensors work best in combination.

911 Security agrees that drone detection works best when using a layered approach. That is why our Airguard Drone Detection Solution is built using three layers, utilizing both RF and radar sensors. New Mexico Tech uses our drone detection systems in their DHS counter-UAS training courses; these courses are available for all law enforcement and first responders.

This latest report comes after Attorney General William Barr issued guidance for the DoJ’s use of counter-UAS and drone detection technologies in April 2020. The 22-page guidance regards counter-unmanned aircraft systems (C-UAS) actions authorized under the Preventing Emerging Threats Act of 2018 (the Act). Barr’s guidance outlined a path for seven named departments to begin using these technologies. These departments include:

Recommendations from the DoJ suggest a move for more government agencies and police departments to implement drone detection to improve public safety and defend against malicious drone threats.