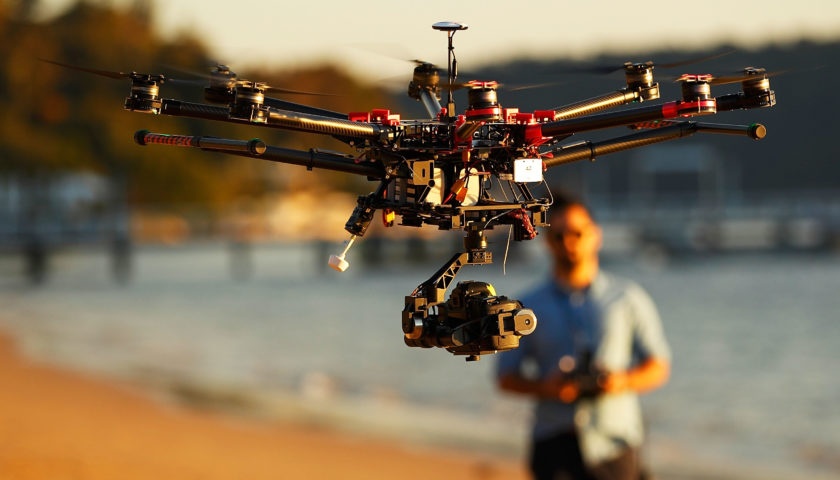 Top drone threats and concerns of 2017

2017 was a big year for drones, over the past year we saw a huge spike in drone sales. As drone technology gets more advanced and more accessible to consumers, drones become an increased security threat to many different industries.

2017 was the most expensive firefighting year on record for the US Forest Service with over $2 billion spent. The western U.S., as of October, experienced about 50,000 wildfires, with over 8.5 million acres burned. Drones impede firefighting efforts and prevent firefighters from doing their job.


The FAA warned against flying drones near wildfires and stated those caught doing so would face severe fines and penalties.

Hurricane Harvey showed the world that drones can helpful be during hurricane recovery efforts but they come with a caveat: they can get in the way and impede rescues. Amateur drone pilots should keep their drones out of the sky and out of the way of emergency response aircrafts.


In September, a drone came within seconds of colliding with a plane near Glasgow Airport. On September 21st, a drone struck a U.S. Army Black Hawk helicopter flying near Staten Island. The U.S. Army helicopter was providing security for the United Nations General Assembly.


Similar incidents have happened in the United States, including when 3 people arrested attempting to deliver contraband via drone into a prison and when a drone crash landed at a Georgia prison.


In one event, a drone helped an inmate escape from a maximum security prison in South Carolina. The drone delivered wire-cutters to an inmate which he used to to escape the confines of prison.

So far drones have been more of a nuisance and not a cause of human harm at sporting events. But that doesn't mean the threat drones pose is not real, they have the potential to be very dangerous to event-goers. Three notable incidents have given stadium security personnel cause to reexamine drone threats:

A drone showed up at the Falcon's Super Bowl practice causing suspicion of team spying.

In May a drone crashed into spectators at a MLB baseball game. The incident took place at Petco Park during a game between the San Diego Padres and Arizona Diamondbacks when a rogue drone flew into the stands. This event caused a commotion in the crowd, luckily the crash did not result in any injuries.

A California man used a drone to drops leaflets over crowds at two different NFL stadiums. First he dropped leaflets over Levi’s Stadium in Santa Clara where the San Francisco 49ers were playing the Seattle Seahawks. Then he fled north to drop leaflets over the Oakland Coliseum during the Raiders game.

2017 started off with a drone crashing into Seattle’s iconic Space Needle tower. The tower was not harmed harmed but the same can not be said of the drone. The drone did capture some impressive footage before crashing though.


There was an incident when a drone flew near the Taj Mahal which sent security into high alert. And an even more worrisome case when a drone feared to be loaded with bombs flew over the Vatican.


In the U.S., the rise of such incidents likely contributed to the FAA’s decision, made in September of 2017, to restrict drone flights over monuments.


2017 proved to be an active year for drones, consumer and commercial drone use rose substantially. This year we can expect even more drones in the skies and utilized in more industries as the FAA expands beyond visual line of sight (BVLOS) drone use.