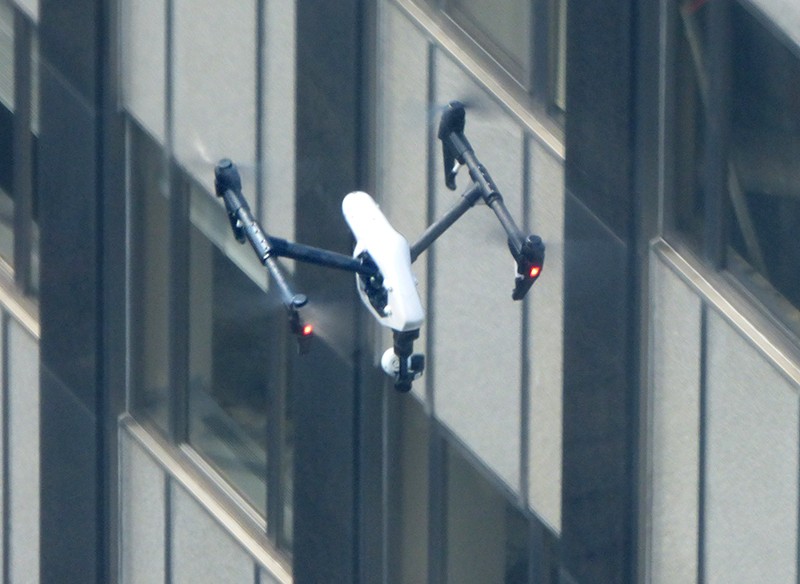 How anti-drone technology can help keep your company meetings confidential

It’s no secret that technology is advancing much faster than most people thought possible. In the last ten years, we’ve seen the introduction of video streaming, a self-driving car, tablets, augmented reality devices, solar shingles, hoverboards, 3D printed organs and drone delivery services. While these advances provide easier access to supplies, healthcare, and entertainment, there are some downsides, especially regarding security and confidentiality.

Drone technology is particularly concerning for big businesses and governments. Access to drones on the open market makes it easier for competition to engage in corporate espionage. Also, drone technology can endanger customer, client, or patient privacy. According to Fortune, more than 670,000 drones were registered with the FAA between January 2016 and January 2017.

Because of the increased number of drones, and increased security risks, many businesses are turning to anti-drone technology to ensure that their meetings and company information stay safe.

Why use anti-drone technology?

Anti-drone technology is useful because fences, security cameras, and guards aren’t enough anymore. Drones take to the sky and can bypass many traditional security measures, simply because they can get places considered inaccessible.

Drones are accessible on the open market. A smart hacker can equip one of these “toys” to fly on autopilot, essentially rendering the person controlling the droid anonymous. Scarier, even, is that not all drones look like you would expect them to. Some look enough like a bird to fool passersby. Drones may also be WIFI enabled, so they could steal data or even record images or conversations. Drones are also capable of even scarier tasks (like carrying contraband or firing a weapon).

It’s worth noting that drone usage is largely innocent. Amazon is even getting in on the action with their drone delivery services. However, protecting your company information is essential. Even an unintended invasion of privacy could put your clients or customers at risk.

Anti-drone technology is the most comprehensive way to ensure that your personal information stays private because it looks out for drones, so you don’t have to.

What is anti-drone technology?

Anti-drone technology identifies drones via camera and other sensors. Systems work day and night to ensure that private residences, businesses, and even government buildings stay safe from unwanted drone attention. Technology advances work in your favor here. We update our systems regularly to ensure that we can identify even the newest drones.

How does anti-drone technology help me?

Anti-drone technology issues an alert when an unauthorized drone is about to enter your airspace. The alert system allows you to take preventative measures to ensure that your privacy stays safe. The system captures data about the drone and can even track the path of the drone to help identify the culprit. Because it is illegal to destroy or otherwise interfere with a drone, an awareness that your privacy is being invaded provides the best recourse, if someone attempts to listen in on a private meeting. By collecting data and identifying the person responsible, you can take legal action, if necessary.

Protecting your business and your privacy is your responsibility. The laws regarding airspace surrounding businesses and homes in most cities are foggy, at best. The federal government considers airspace at 500-feet and above a public highway (to accommodate for planes), but the space closer to your offices isn’t as clear-cut. Some states, like Oregon and California, have instituted laws that allow citizens to sue if someone flies a drone over their property without their permission. But, because the technology is still relatively new, the ability of business owners and private citizens to act (or interfere) with a flying drone is still murky.

Using anti-drone technology allows businesses and individuals to take an offensive approach to the breach of privacy so they can at least protect proprietary (and personal) information from would-be spies.

Let us help you keep your meetings private. Contact us today to learn more about our anti-drone technology services.