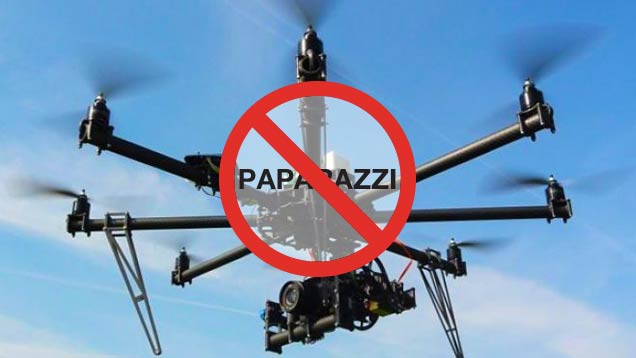 VIPs, including CEOs and government officials who must place a high value on privacy and security, must now consider drones when establishing their security measures. Just a few years ago, camera-enabled drones that can look into executive suites of office towers were the stuff of science fiction. Today, VIPs absolutely need to consider countering drones when protecting corporate or government privacy, but also when considering the possibility of a terrorist attack.

Anti-drone security measures are suddenly vital, and the technology is quickly evolving. Two years ago, they were barely on the military’s list of concerns. Today the military is spending nearly $1 billion to encourage Silicon Valley entrepreneurs and military contracts to create effective ways to counter drone attacks or swarms.

Drone technology is changing rapidly. For a few hundred or thousand dollars, consumers can buy drones capable of carrying a payload up to one pound. That means they can be easily capable of carrying high-resolution cameras that can see in infrared or at night; or they can carry substances including anthrax, which if released above a crowd could cause illness or death. As the technology continues to evolve, drones will get cheaper, better and more accessible to the public.

Protecting VIPs from drones monitoring their work, or violating their privacy will want to invest in pre-emptive anti-drone measures quickly. The Boston Marathon used drones to protect the airspace above the 2017 race. These drones were able to watch the skies high above the race and alert security personnel and race volunteers to the presence of any unauthorized aircraft that might enter the airspace.

Drones can also be capable of mapping police and security positions, conducting surveillance or even launching an attack. In January 2017, Swiss Police in Davos used anti-drone jammers to protect the airspace around the World Economic Forum. The annual event was attended by 3,000 people representing governments and major businesses across the globe. Jammers interfere with a drone by blocking it from sending signals back to its operator and disabling its remote-control access. Jammers can cause drones to hover in place, or to ground them so security personnel can capture the device.

Installing geofencing around a secured perimeter would restrict access within an outlined airspace, alerting security personnel when an unidentified drone enters the airspace. These can work by listening for the very distinct noises that a drone emits, and using that information to identify exactly where an invading drone might be headed. Drones carrying nets, or jammers can be used to capture the invading drone. Geofencing technology can provide an extra level of security to an area where VIPs may meet to discuss business or government issues.

Drone technology is only going to continue to evolve by becoming cheaper, easier to obtain and more capable of carrying heavy payloads. For VIPs, countering against potential drone attacks or surveillance is quickly becoming a mandatory practice.