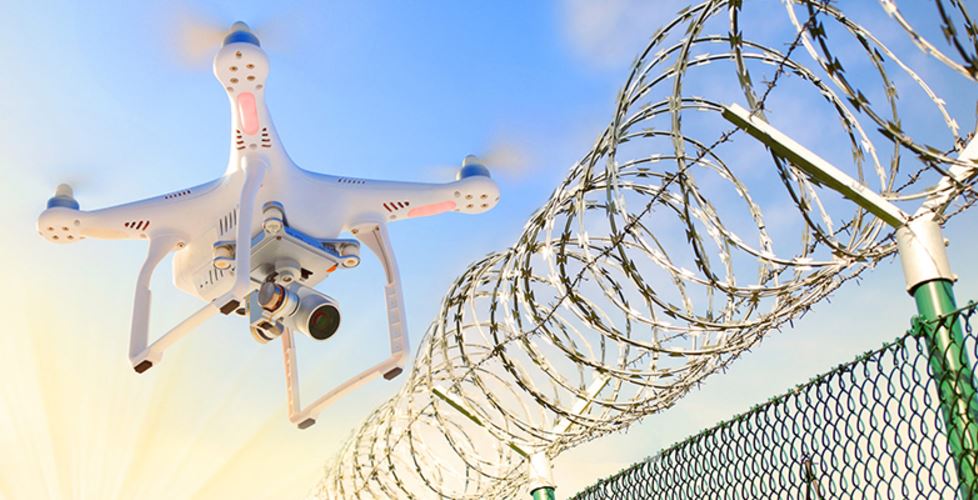 Prison officials face a multitude of challenging tasks day in and day out. One challenge that has remained constant is the presence of contraband. Ever since prisons have existed, prisoners have used creative methods to sneak in contraband. Today, prison officials not only have to guard against traditional smuggling methods but now they also have to keep their eyes on the skies.

Prisons across the globe, including the U.K., Ireland, Brazil, Colombia, Russia, Australia, and the United States have seen a sharp increase in consumer grade drones dropping contraband inside prison facilities, or scouting the surrounding areas, looking for weak points in security systems.

In 2015, smugglers in the U.K. and Wales used drones to get contraband over prison walls a recorded 33 times, compared with twice in 2014 and none in 2013. The U.K. is taking a hard stance against those attempting to use drones to deliver contraband. In March 2017 police arrested two men, they received jail time for six and four years each, after using drones in an attempt to deliver an estimated $60,0000 of heroin, marijuana and other drugs to prisons in Hertfordshire, Suffolk and Kent. In April 2017 U.K. law enforcement announced the formation of a new “anti drone” squad to tackle the problem of drones flying drugs and mobile phones into prisons. In the U.S prison officials are also taking notice as incidents involving drones delivering contraband become more common. These incidents compromise the safety of prison personnel and inmates, in response many states are seeking to adopt new legislation. 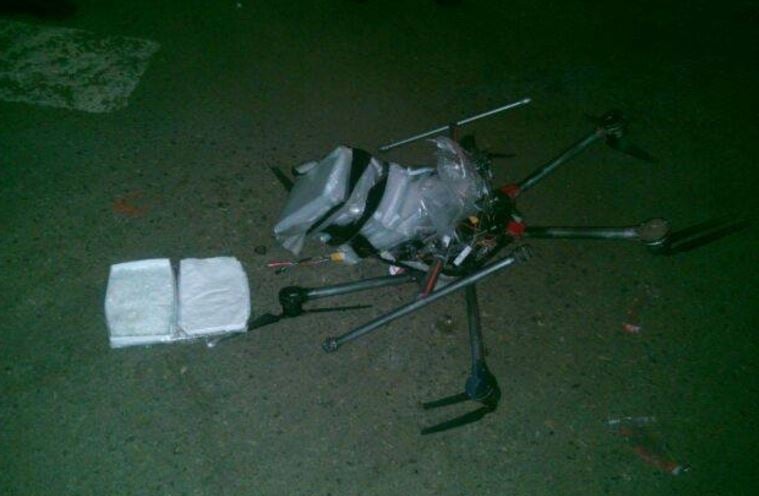 Inmates trying to smuggle drugs into a prison

Officials in Maryland arrested two men when officials uncovered a smuggling scheme so lucrative, the man on the outside was able to buy a brand new truck. The man on the inside participated in a program that allowed him to work walking and training rescued dogs. After dark, the outside man delivered a payload up to 10 oz in weight of contraband, including drugs, cell phones and pornography. The man on the inside picked up the delivery during his evening dog walking duty. Upon capture, the man on the outside admitted he had recently purchased a custom drone capable of carrying up to 16 oz, well over the weight of a handgun.

A prisoner who obtains a handgun is a worst case scenario for prison officials. In many of these cases the drones used are the exact same drones available to anyone willing to spend between $50 and $2,000 on a consumer grade model. As technology advances and drones become less expensive, drones over prison airspace are going to become a more routine occurrence.

Pieces of legislation are working their way to state capitals across the United States. A bill in Washington state would make it illegal to fly a drone within 1,000 feet of the perimeter of a correctional facility without permission. Similar legislation exists in Michigan, Tennessee, and South Carolina. While this type of legislation does let law enforcement do their job, it does very little in deterring criminals who have little regard for laws. Prison officials should not solely count on ineffective laws to deter potential smugglers. 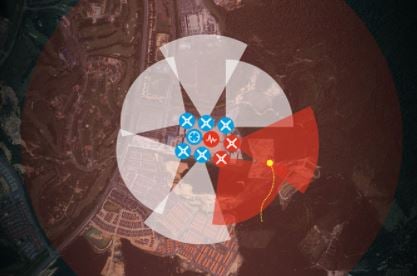 Sensors detect when a drone enters a protected area.

Drone countermeasures do a better job in making sure smugglers are unsuccessful in their deliveries. Technology exists that can detect the physical presence of a drone by sound and sight. Acoustic sensors detect the unique sound signatures that a drone produces, a particular whirring sound made by their motors and blades. Drone detection sensors can alert prison officials to the physical presence of the uav in real-time, making drone detection faster and more accurate than relying on human eyes alone. Uav detection can help prison officials prevent the delivery from happening and provide information to support internal investigations. Counter drone technology can predict flight paths to the intended target and trace the device back to the drone pilot. Preventing drones from intruding prison airspace is a more effective and safer solution than allowing contraband or dangerous weapons to enter in the first place.