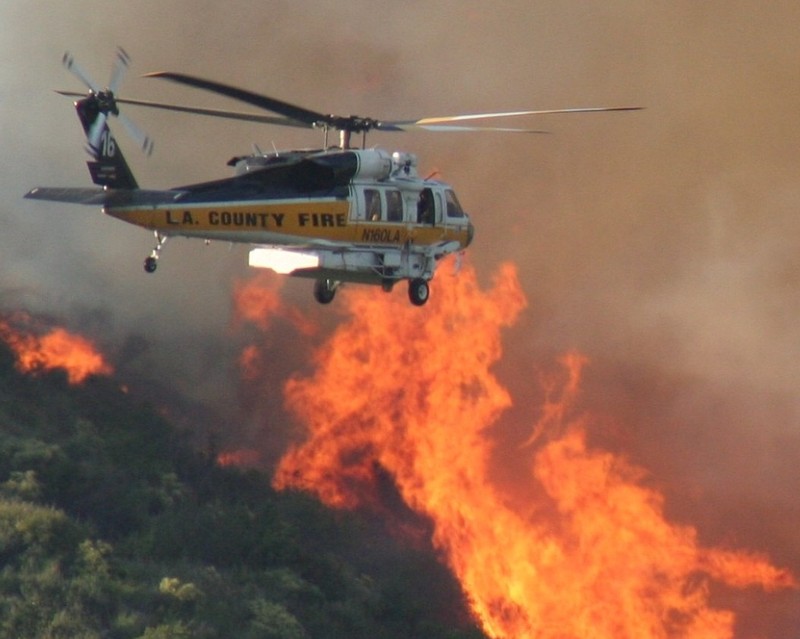 The Los Angeles area is still suffering one of the most severe wildfire seasons in its history. The drought that plagued California from 2012 to 2017 left dry grasses behind across much of the state. That plus the uncharacteristically warm and dry September is a one-two punch for an area already prone to extreme wildfires. So far this year,  229,265 have been burned by wildfires, thousands of people are displaced from their homes and hundreds firefighters and rescue personnel have been treated for symptoms from extreme dehydration, burns or smoke inhalation.

Crews fighting wildfires rely heavily on helicopters, planes and other large, manned aircraft to deliver millions of gallons of water and fire retardant to a burn site. During a wildfire, air crews communicate with each other to coordinate efforts and fly safely. Twice while fighting the wildfires at Dove Canyon this year, flight crews had to stand down from their mission because drones were reported in the immediate vicinity. Flight crews have no way to communicate with drone operators, which leaves them the option of standing down from their mission or risk collision with an Unmanned Aircraft System (UAS).

Flying a manned aircraft is a risky activity. A winged quadcopter would produce a similar result. In most situations if a drone has been spotted in the region rescue crews are required to ground their planes immediately, halting fire mitigation efforts.

Rescue crews need to be able to maneuver over low-lying natural landscapes to effectively hold back HUGE fires. Under normal circumstances, this would be a perfect location for UAS operators flying for either recreation or to film the natural landscape, but during a wildfire they create a serious danger to crews in the sky and on the ground. San Bernardino County supervisors voted unanimously this summer to offer a $75,000 reward to anyone who can help catch drone operators flying over a wildfire. The move came after rescue crews grounded their aircraft in response to a drone spotting, which delayed the response and caused the fire to spread. That fire burned 36,000 acres which resulted in devastating property losses.

Offering huge bounties, like San Bernardino has, might be great for headlines but unfortunately, it is an inefficient and unreliable system. County and Fire officials might consider instead installing drone detection solutions that help authorities detect and catch UAS that might otherwise hinder their operations. Drone detection systems can be mounted directly on helicopters and other emergency aircraft, as well as set to safeguard a perimeter. These solutions would provide emergency officials with more up-to-date information they can use to meet mission goals and keep responders safe.