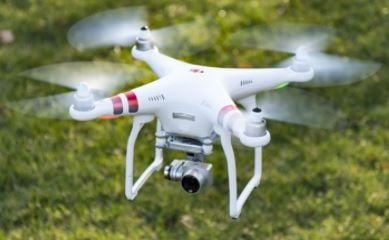 Drones can be used for good.

Whether you call them drones or unmanned aircraft systems (UAS), these flying contraptions are changing our lives. If you want to know more about Unmanned Aircraft System (UAS) and its components, start with our what is a drone? article.

For years, drones have been making headlines, as the U.S. and other countries use them for swift and hard-to-anticipate military strikes. Drones initially had a negative connotation, but that is starting to change as people see the ways in which drones are revolutionizing their lives for the better.

Individuals, commercial entities, and governments have come to realize that drones have many  uses, some of which include:


Adoption of drone technology across industries leapt from the fad stage to the mega-trend stage fairly quickly as more businesses started to realize the potential and benefits of using drones.

Next we will go more in depth into the different industries benefiting from drones and how they are being used. 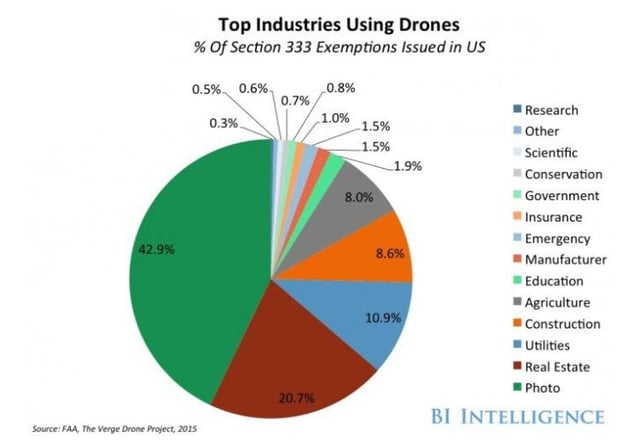 The bird’s eye perspective drones offer, hovering closer to the ground than a helicopter ever could, has been dubbed “revolutionary." Most people were first captivated by drones because of the striking photos and videos they can produce.


Real Estate, journalism, and film are using drones for aerial photography. Drones are a much cheaper option than renting a helicopter which need a pilot and film crew. Drones are an all-in-one solution for awe-inspiring photography.

Due to FAA regulations, delivery by drone is still in the experimental stages. Below is a projected timeline for U.S. drone delivery:

Other continents are already embracing drone delivery, such as Africa. One company in particular, Zipline is delivering life-saving medicines and supplies via drone to remotes areas of Africa.

In natural and manmade disasters, drones can survey damage, locate stranded and injured victims, and assess ongoing threats without risking the safety of rescue teams and first-responders. Drones have recently been in the spotlight due to helping with Hurricane Harvey recovery efforts and with surveying the raging wildfires in California.

Drones allow for precision crop monitoring. Using a crop management system to  observe, measure, and respond to variability in individual plants, farmers can target areas requiring attention. It results in better land management and increases overall yields. Drones can also spray pesticides and herbicides on plant. They can be used to inspect plant health and detect early signs of disease.

Drones equipped with thermal imaging cameras can be used to monitor livestock and search for missing animals. Drones can also be used to check fencing and herd animals when needed.


The oil and natural gas industries require sprawling, complex infrastructure that can be extremely difficult to monitor. From oil rig platforms out at sea to hundreds of miles of pipeline across the land, there are a lot of things to check and inspect when it comes to the oil and gas industry.


For example, offshore oil rigs are hard to access. With drones, engineers on shore can look for safety problems, detect oil leaks, and patrol their rigs for any sign of trespassing.


Oil and natural gas pipelines cover hundreds of miles, and have to continuously be monitored. Drones are beneficial in each stage in the life of a pipeline: planning, constructing, and monitoring phases. Drones are beneficial in the route planning phase as they can give detailed terrain and topography maps of the right-of-way. Drones equipped with infrared cameras can detect heat along the pipeline, signaling a potential leak. Drones can also be equipped with a sniffer that can smell a leak.


It’s difficult, costly, and risky to inspect the underside of a bridge or the top of a skyscraper. Drones do not require scaffolding, cranes, and harnesses. You only have to deploy the system to assess the structure’s condition remotely.


The Federal Aviation Administration (FAA) and energy industries are working together to discover the requirements for developing a beyond visual line of sight (BVLOS). As drones are able to move BVLOS, more industries will be able to adopt drones for inspections.


Drones can search for any signs of threats to animal species, such as deforestation, hunters, criminal gangs, and poachers. They can also spot and track the movement of endangered species.


Drones are also used to monitor ocean life and shorelines. They are being used to detect sharks to keep swimmers and surfers safe from attack. They also monitor whales and collect DNA samples, allowing scientists to learn more about our oceans and marine mammals. 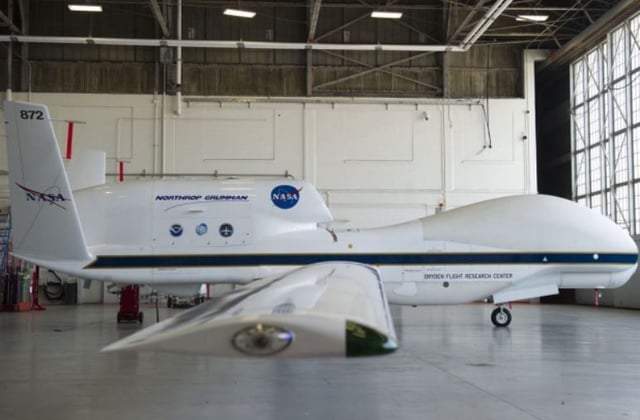 Drones can fly into the eye of a story without risking human life and collect data that can help researchers study storms and help improve forecasting natural disasters.


In 2013, NASA began a drone program for investigating tropical storms, hoping to understand why some systems turned into major hurricanes and other did not. For these mission they selected enormous Global Hawk drones, which have a wingspan as wide as a 737 and can fly for 28 straight hours at a maximum of 60,000 feet (18.3 kilometers), which is much higher than most piloted planes.


Drones are beneficial to a wide variety of industries. They are allowing humans to have eyes in places that are dangerous and in some cases impossible for a human to reach.

As regulatory barriers start to relax it will pave the way for drone use in a wider array of industries. Drones will also become safer and more dependable as drone technologies continue to evolve and improve.